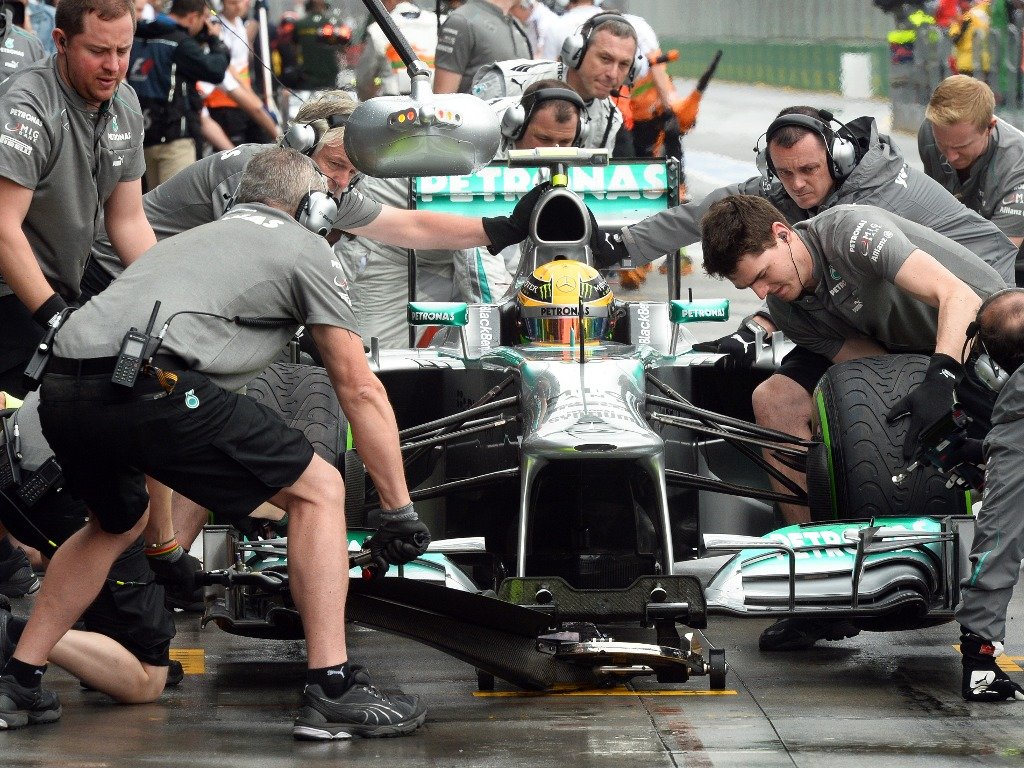 Lewis Hamilton has backed the stewards’ decision to postpone qualifying, saying it was “dangerous” out on track…

Lewis Hamilton has backed the stewards’ decision to postpone qualifying, saying it was “dangerous” out on track.

Saturday’s qualifying for the Australian Grand Prix got underway after a 30 minute delay with several drivers having offs, including Hamilton, who damaged his W04’s rear wing when he spun after touching a slippery white line.

Hamilton, though, continued lapping and make it through the second segment.

However, with more rain falling in the wake of Q1, the drivers were kept in the pits for a further 50 minutes before a decision was made to run the remaining two segments on Sunday morning.

The Mercedes driver has backed the decision by the Melbourne race stewards.

He told Sky Sports News: “It was definitely the right decision. It was dangerous out there.

“It’s not been a great weekend for us so far, but hopefully we can turn it around tomorrow.”