Home Uncategorized Hamilton: There are no games with Bottas 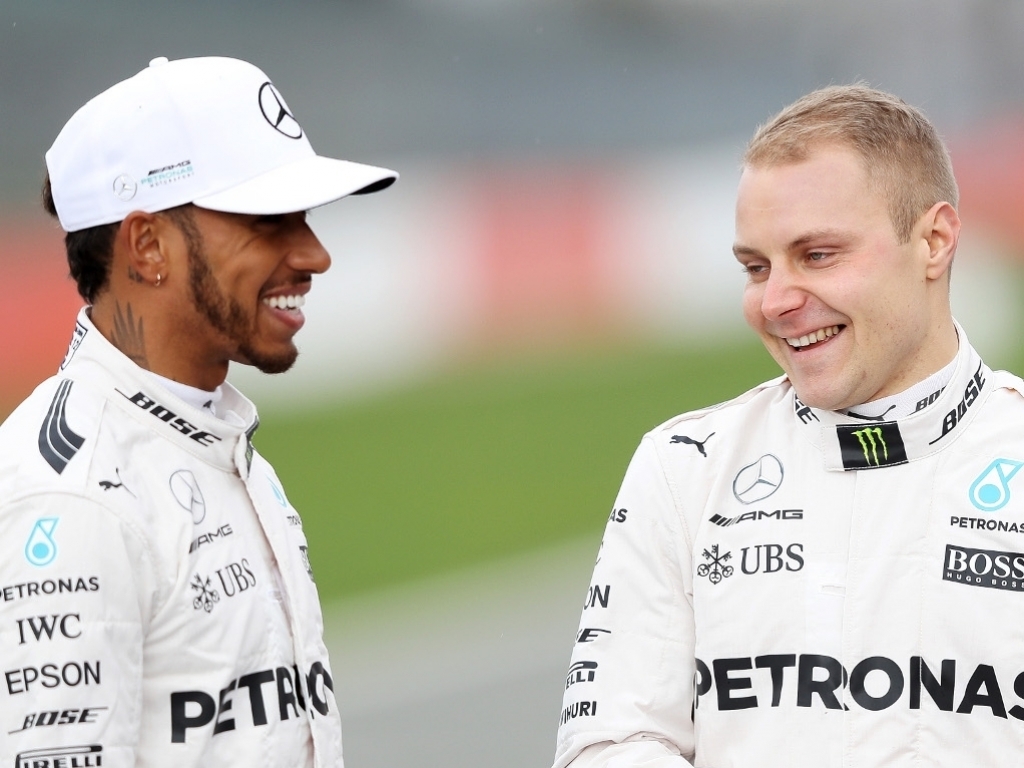 Lewis Hamilton says he already has a better working relationship with Valtteri Bottas than he has had with any other team-mate in the past.

This season the British racer is teaming up with the Finn for the first time after Bottas was signed as Nico Rosberg’s replacement.

Rosberg’s retirement brought to an end a tumultuous time at Mercedes as tensions increased between the two drivers as they fought over the World title three years running.

And although his relationship with Bottas is in its infancy, Hamilton has declared it the best yet.

“What I so far like about working with Valtteri is that it is all to do with the track – what we do on the circuit – and not outside,” he told the official F1 website.

“There are no games – there is complete transparency. I like that.

“I feel we already have a better working relationship than I ever had with any team-mate I had before.

“He wants to do the best thing that he can in his first year with the team – and with me being here for quite a while now, I want to deliver and make sure that I give as much information so that he will learn.

“And we do our talking on the track!”

The triple World Champion enters this year’s campaign as the driver many believe will race away with the Drivers’ Championship.

But while Hamilton reckons he is ready for the fight, he concedes no one yet knows how the new regulations will play out.

“Ah, is that so? I didn’t know that. That’s nice to hear,” he replied when told bookies have him as the favourite.

“Well, I am fitter, I am working harder than ever before and I am super focused and driven after last year – when I also worked hard through the year but didn’t get the result I wanted.

“So I want change and that is what the team and I are working so hard to achieve.

“I am not really sure, but I don’t think that any team has ever won championships across rules changes – and that is the big goal for us.

“We want to stay up front – but it will be a very interesting season for us, and for the fans.”