Home Uncategorized Hamilton: There’s a lot of work to do 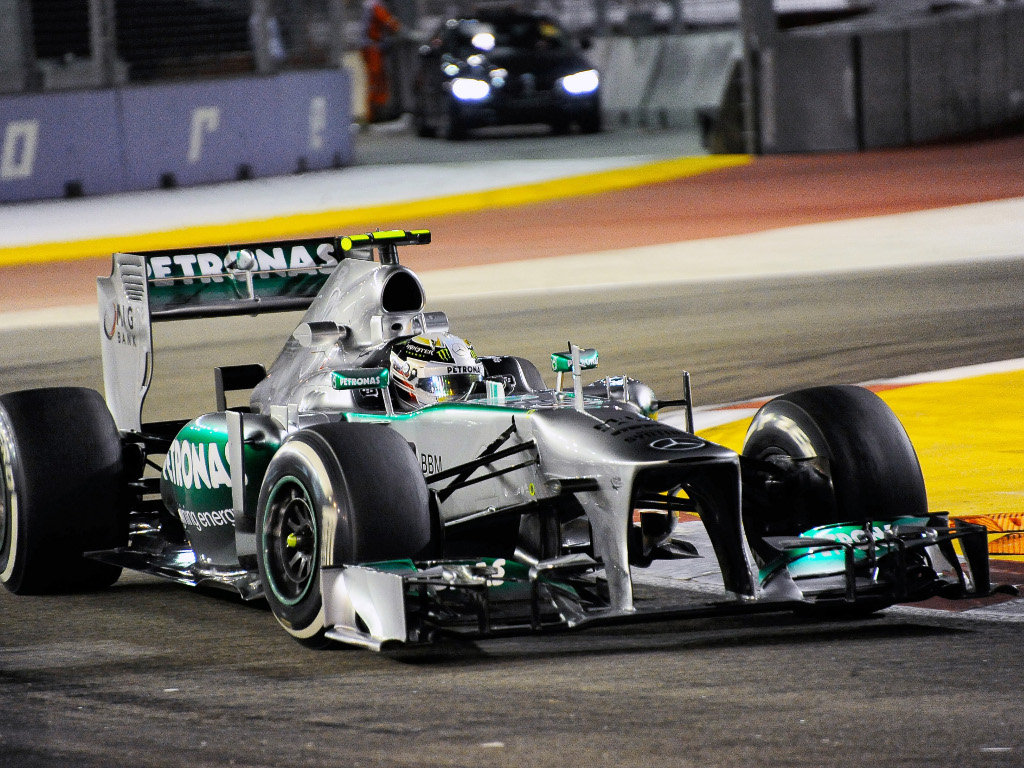 Lewis Hamilton concedes Mercedes have a long night ahead as the team needs to improve ahead of Saturday’s qualifying in Singapore.

Having topped Friday evening’s session, much was expected from Hamilton and his Mercedes team.

However, in the night session, which only began at 9:30pm under lights, the Brit was trounced by Sebastian Vettel and Red Bull Racing.

The German posted a 1:44.249 to beat the Mercedes drivers by a full second as they lined up three and fourth behind the Bulls.

Hamilton, though, says all is not lost as Mercedes know where they need to improve ahead of Saturday night’s qualifying.

“It wasn’t the perfect Friday for us but we got on with our programme and know where we have to make improvements for tomorrow,” he said.

“The balance of the car felt really good in P1 but it definitely went away from us in P2.

“There is a lot of work to do this evening but we’re used to that on a Friday night and will just get on with it and focus on our car and performance.

“It’s so difficult to overtake around at this circuit that you want to qualify as high up as possible and, of course, aim for the front row but that will be tough.”

The Brit, who already has won Singapore victory to his name, also weighed in on the changes to the circuit and most notably to Turn 10.

“The circuit is much improved here without the chicane and Turn 10 feels like a much nicer corner now.”