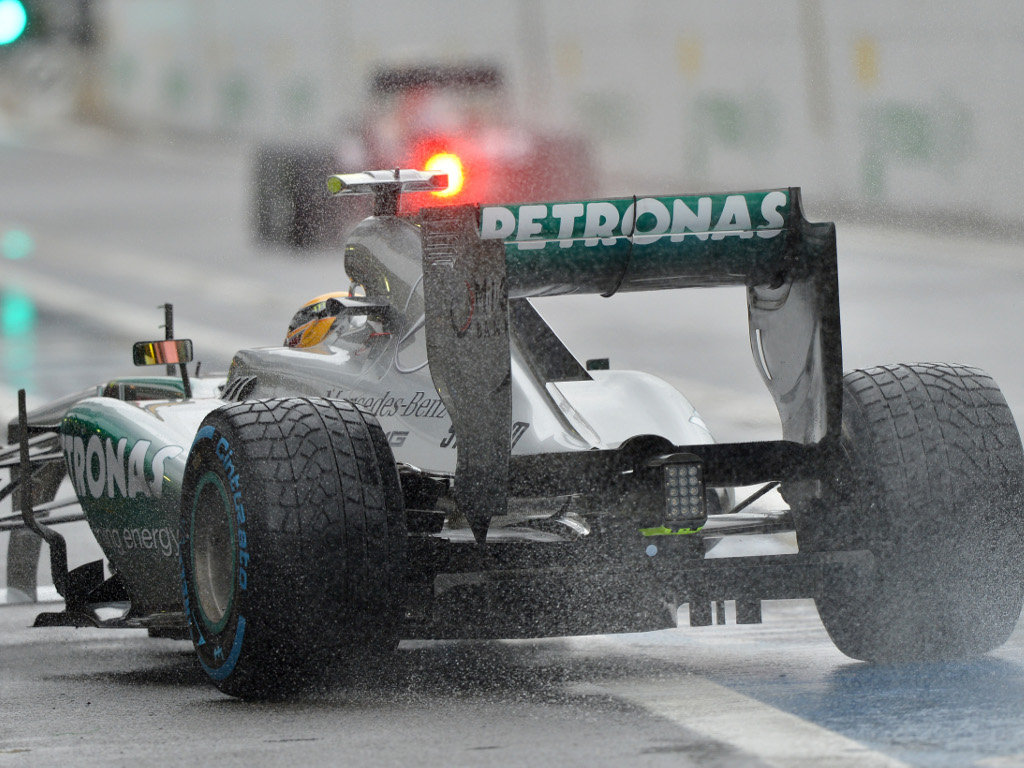 Lewis Hamilton concedes his P5 in qualifying for the Brazilian GP was expected as he is “struggling.”

The Mercedes driver has found himself unable to match his team-mate Nico Rosberg in this weekend’s practice sessions as he battled to set-up his W04 for the wet.

And it was more of the same in Saturday’s qualifying at the Interlagos circuit.

While Rosberg posted a 1:27.102 to qualify second, Hamilton could only manage a 1:27.677 which put him half a second behind his team-mate and down in fifth place.

“That’s kind of where I thought I would be, considering,” he told Autosport.

“I did my best out there but I’m struggling. There’s not really much more I can say.”

Hamilton reckons his chances in the rain have been undone by the lack of wet running in his first season as a Mercedes driver.

“When I was at McLaren, I knew the car.

“I was there for a long, long time and it suited me easier than the one I’m driving right now.

“I’ve just got to do some more work.”