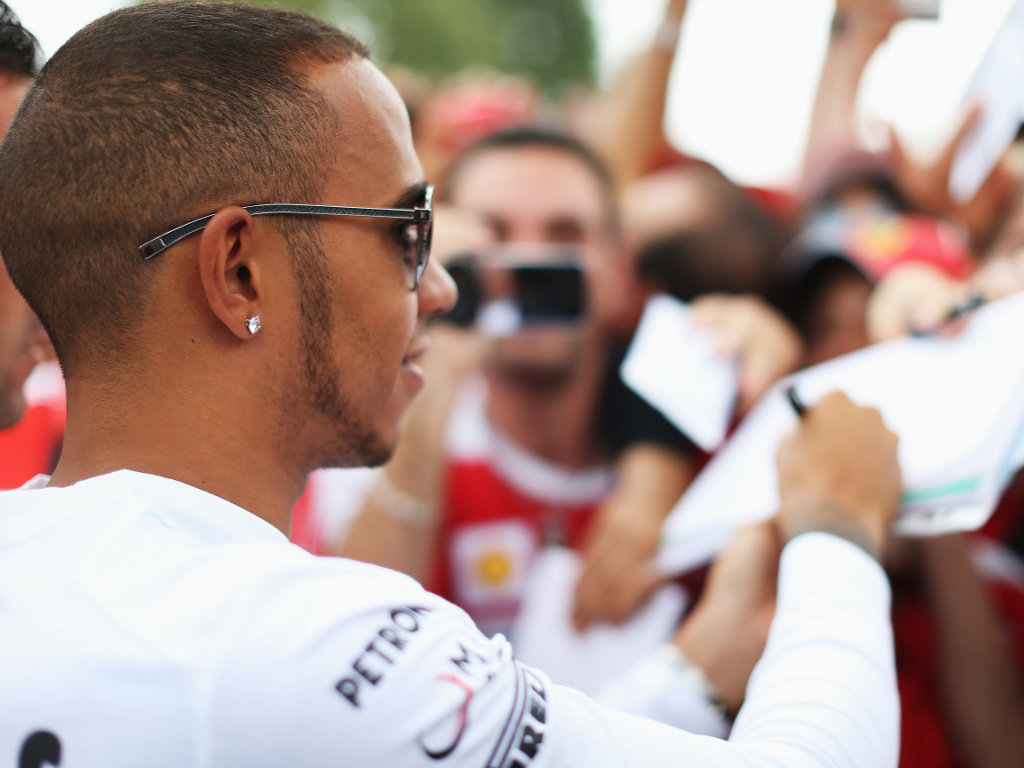 Hours after declaring his title hopes were over, Lewis Hamilton has insisted he won’t give up…

Hours after declaring his title hopes were over, Lewis Hamilton has insisted he won’t give up.

After a dismal qualifying in which he “drove like an idiot”, the Mercedes driver could only recover to ninth in Sunday’s Italian Grand Prix.

With Sebastian Vettel winning the grand prix, his sixth triumph of the season, Hamilton once again lost ground to the Red Bull racer in the Championship fight.

The Brit trails Vettel by 81 points with 175 still to play for and in the immediate aftermath of the Monza race declared his title chances over.

“Obviously that’s that for the Championship,” he lamented. “He’s just too quick, too dominant. If we can beat him in the next couple of races and take a few points off him here and there then that would be great, but I think he’s got clear sailing from here.”

However, hours later the 2008 World Champion was feeling a bit more positive about his chances.

“I was angry and definitely thought that could be it,” he said of his earlier comment.

“But I’ve been back with my engineers and I’m not going to give up. I’ve got to win every race basically. It is the tallest order. But I’m going to try.

“I handled the disappointment of qualifying well. I got over it way, way faster than I ever have in my life. I came here energised, drove harder than ever, I felt like I had nothing left in my heart at the end.