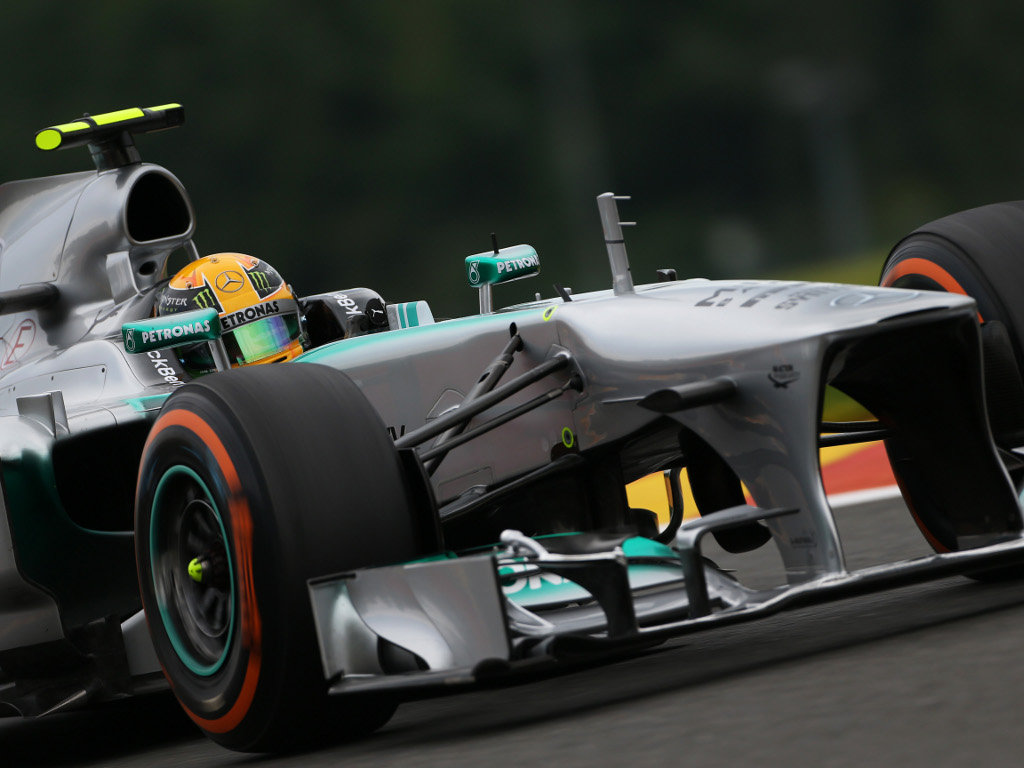 Lewis Hamilton believes Mercedes “still have time” to recover after failing to get off on the right foot at Spa on Friday.

Although Mercedes have been the team to beat in recent weeks, winning three of the last five grands prix, both Hamilton and Nico Rosberg were unable to mix it up at the front in Friday’s practice.

The duo finished ninth and 12th in the afternoon’s dry session, both over a second off the pace set by Red Bull’s Sebastian Vettel.

Hamilton, though, is confident Mercedes can turn it around.

Asked if he was in a position to fight for pole on Saturday, he told ESPNF1: “No, at the moment we’re a long way off, but we’ll find the time.

“I don’t feel that we started off on the right foot. We’ve got to make some changes but we still have time.”

When it was pointed out to him that putting in a recovery on a Saturday had become the usual story for Merc, the Brit said his team understood the reasons for that.

“I know why that is but I’m not going to tell you!” said the Hungarian GP winner.

“It is that way; not every time are we going to be able to find the right way but I need to see if we can make the right changes which should help.”