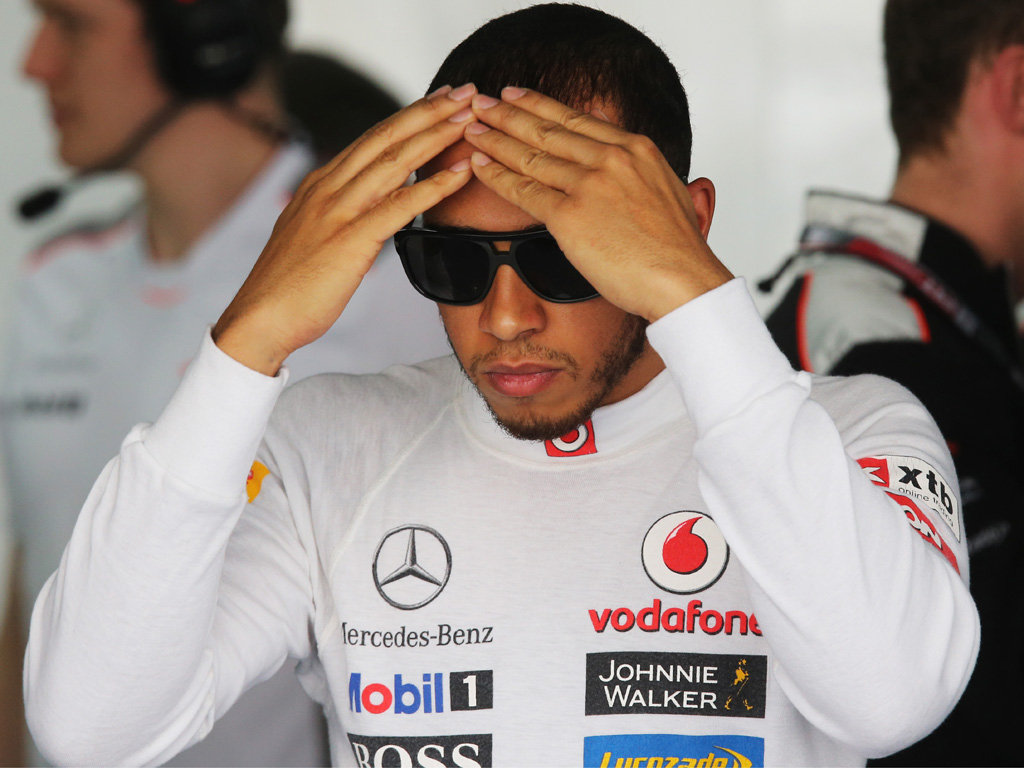 Having finished a lowly tenth at the Korean GP, Lewis Hamilton believes that he can no longer win the 2012 Championship…

Having finished a lowly tenth at the Korean GP, Lewis Hamilton believes that he can no longer win the 2012 Championship.

The McLaren driver endured a torrid afternoon at the Korea International Circuit as he struggled to come to grips with the MP4-27, constantly battling tyre and downforce troubles.

To make matters worse, in the closing stages of the race a piece of artificial turf got stuck to the underside of his car, curtailing his pace and nearly costing him the final points-scoring position as Sergio Perez honed in.

Hamilton now finds himself 62 points behind Championship leader Sebastian Vettel with just four races remaining in the season. With the situation looking bleak, Hamilton admits he’s given up hope of winning his second Drivers’ title.

“Well I guess the pressure is now off,” he told Sky Sports.

“We were still in the fight up until now but it’s kind of too far away now.

“We’ll keep fighting to try and get as high in the Constructors’ and I hope me and Jenson can have some stronger races in the next ones,” he added.

The Briton has already revealed that he will be joining Mercedes GP next season and with the German outfit fairing even worse than McLaren as Nico Rosberg retired and Michael Schumacher finished 13th, his future beyond this season doesn’t look that rosy either.

However, the 27-year-old insists that the performance of Mercedes at present is of no concern to him.

“I haven’t seen what they had, I’m just focusing on what I’ve got,” he said of the Merc’s performance.

“We’ve had three failures in the last three races on my side of the garage so I hope my luck changes and we have better races in the future.”