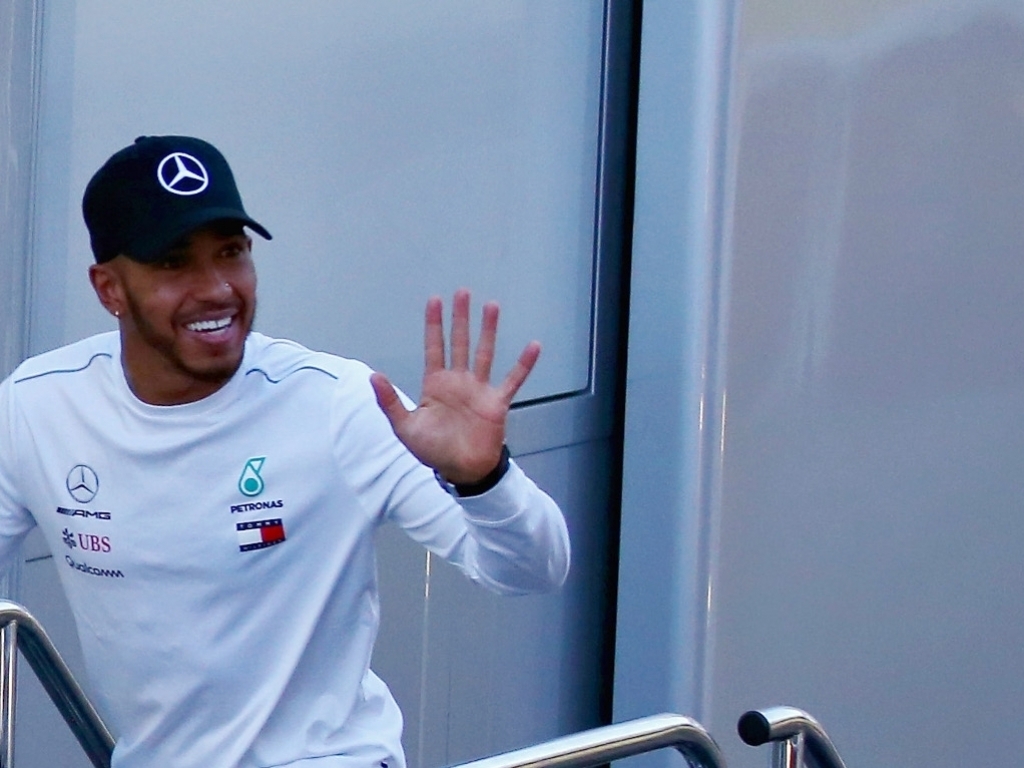 Declaring that “title number five is the ultimate goal” when he visited Brackley earlier this week, Lewis Hamilton is adamant he’s up for the fight.

The four-time World Champion paid a visit to Mercedes’ Brackley headquarters on Monday before making his way to Melbourne for the season-opening Australian Grand Prix.

Hamilton was in a buoyant mood.

“It is hands down the best team because we all work together, and that’s really inspiring for me,” he reported told the team personnel gathered for the send-off.

“I will give it everything this season, title number five is the ultimate goal.

However, in order to get title number five, Hamilton has to beat Sebastian Vettel, who is also chasing his fifth.

Last year it was Vettel who led throughout the first half of the championship before Hamilton put in a strong run mid-season and raced to the title.

“Nothing’s going to be different,” he told Sky Sports. “We’re going to be going hard at it as we did last year.

“I cannot tell you what’s going to happen in terms of how strong the fight’s going to be, all I can tell you is I’m ready for whatever he has to throw at me.

“I’m going to hopefully be doing it with a smile on my face, working with this great team. I’m excited.

“I’m stronger now than I was last year so that’s a good feeling.”