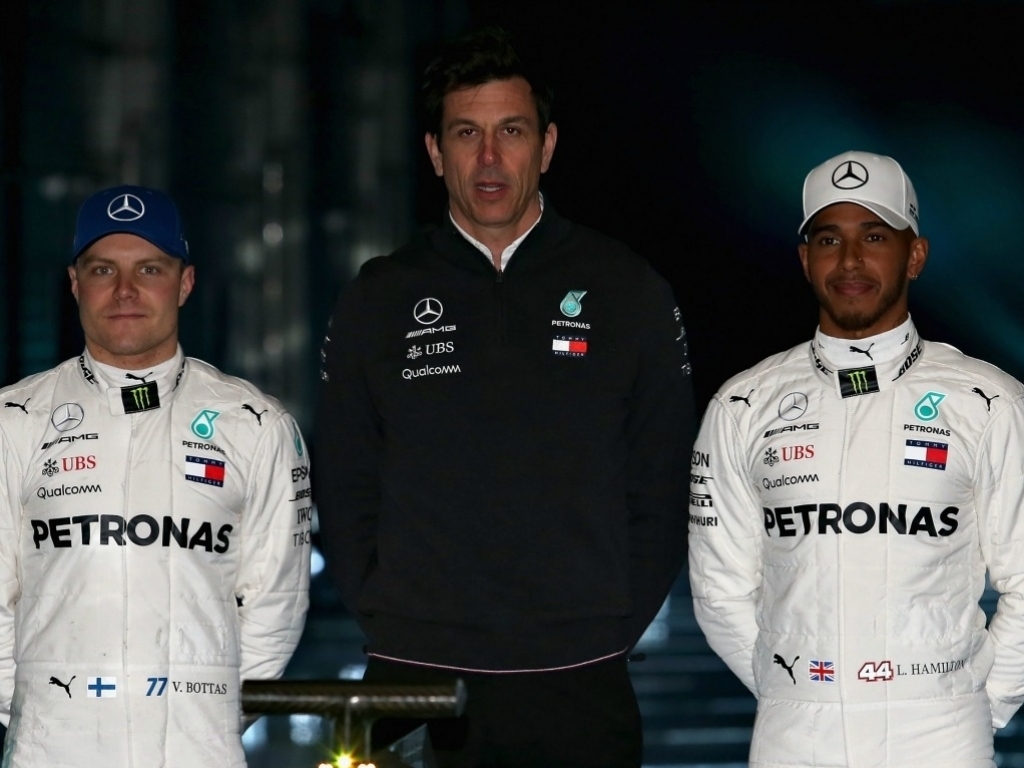 Lewis Hamilton has said he is not scared about the prospect of facing an improved team-mate this season, but did warn Valtteri Bottas that there are “no more excuses”.

Bottas was firmly in Hamilton’s shadow last season despite notching up the first three wins of career and will once again have to fight for his Mercedes future this campaign.

But after a year’s experience at the very top, Bottas may well be better prepared for a World Championship bid this time around.

Hamilton, though, is not worried about that prospect.

“No,” replied Hamilton when asked if he was concerned about an improvement from Bottas. “But I would say that about anyone. It’s nothing about Valtteri.

“It’s difficult coming to a new team and learning new ways, new controls and now he’s gone through the whole learning process and he’s going to hit the ground running.

“So there’s no more excuses for sure.”

Bottas, meanwhile, feels like there is less pressure on him to perform this year.

“The pressure is now much less,” Bottas said.

“I have gone through one season with Lewis (Hamilton), and the team is now familiar to me. At my best level I can get poles and win races. Last February, I had to learn about the team but now I can focus just on improving the performance.

“I’m able to concentrate on driving a lot more.”