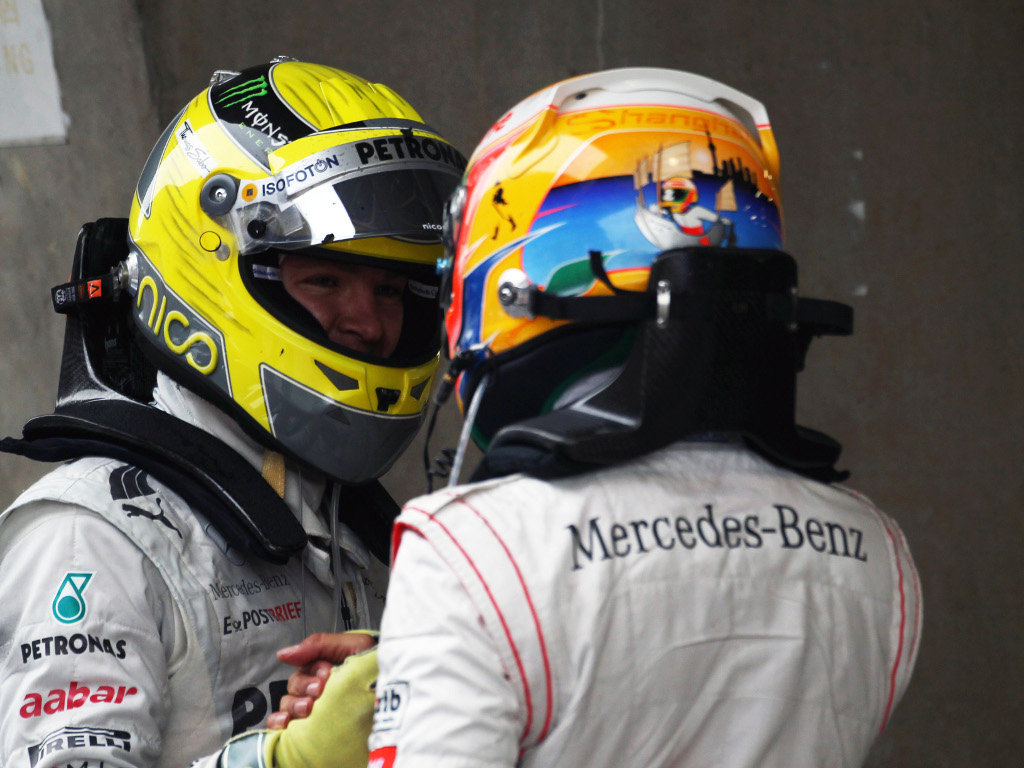 McLaren’s hopes of retaining Lewis Hamilton are fading with reports he could be lured to Merc by big money, Ross Brawn and No1 status…

McLaren’s hopes of retaining Lewis Hamilton are fading with reports he could be lured to Mercedes by big money and the chance to work with Ross Brawn.

In the wake of the Belgian GP reports emerged claiming that Hamilton is off to Mercedes next season to replace the retiring Michael Schumacher. All parties, though, were quick to deny.

The rumours refused to die down with Hamilton questioned about the matter several times during the Monza weekend. The Brit refused to give a ‘yes’ or ‘no’ answer, adamant he’s focusing on the title race and his management team on his future.

XIX Entertainment, Hamilton’s representatives, are believed to be locked in negotiations with McLaren while having also spoken to Mercedes about the British driver.