Home Uncategorized Hamilton: Too hot for the tyres 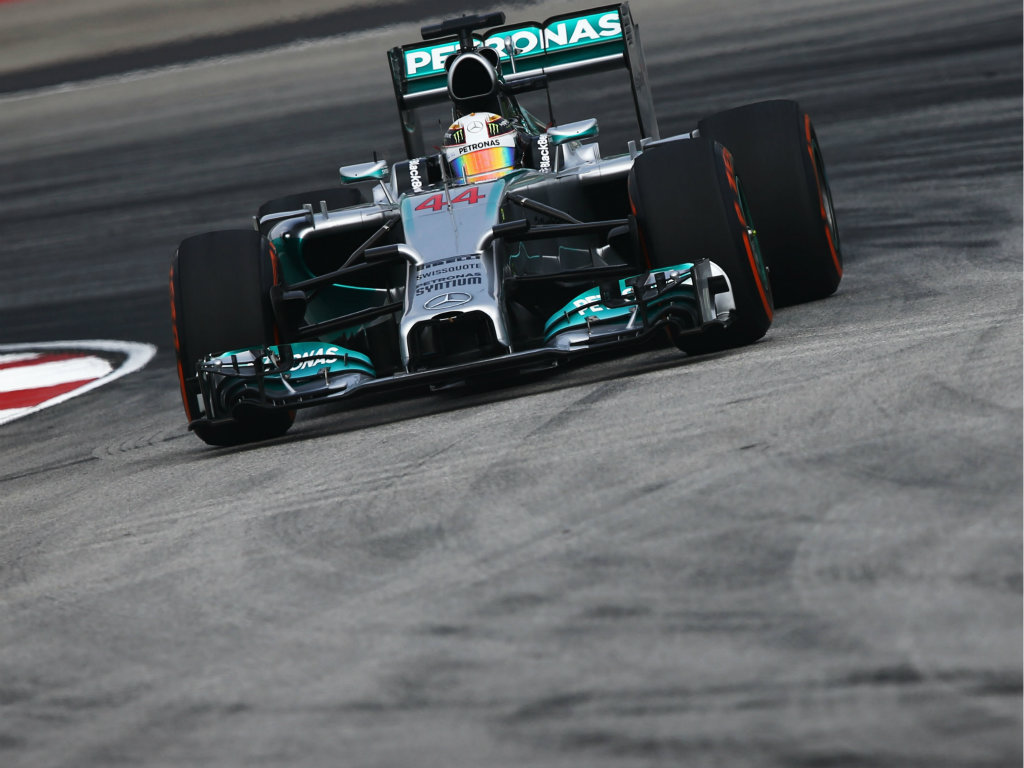 Like many of their rivals, Lewis Hamilton says Mercedes struggled at the Sepang circuit as the tyres “aren’t working well” in the heat…

Like many of their rivals, Lewis Hamilton says Mercedes struggled at the Sepang circuit as the tyres “aren’t working well” in the heat.

With the track temperature reaching a sweltering 54’C during Practice Two at the Malaysian track, the drivers experienced high degradation.

But before the degradation set in, Mercedes managed to claim the fastest lap time although it belonged to Rosberg, not Hamilton.

The German clocked a 1:39.909 while Hamilton had to settle for fourth place, 0.142s slower than his team-mate.

After that initial qualifying style run, the drivers swapped to longer runs where the degradation quickly set in resulting in times dropping with every passing lap.

“The tyres aren’t really working well in these conditions and even though we’ve got the hard tyre and the medium here, the tyres do not feel great.

“But it’s the same for everyone.”

It was also a close session at the top with the first seven drivers separated by less than four-tenths of a second.

And Hamilton, who claimed pole last time out in Melbourne before an engine issue put him out of the grand prix, is relishing the challenge.

“I never do [look at the Friday order], but it’s good that everyone’s close,” he added. “What matters is what happens tomorrow.”

As for his engine, the 2008 World Champion is using the same power unit as he did in Australia as Mercedes were able to fix the problem, saving the engine.

“It saves us perhaps the grid penalty further along the way, so it’s good,” the 29-year-old said.

“I had that less mileage on the engine so I hope I can push it a bit more.”