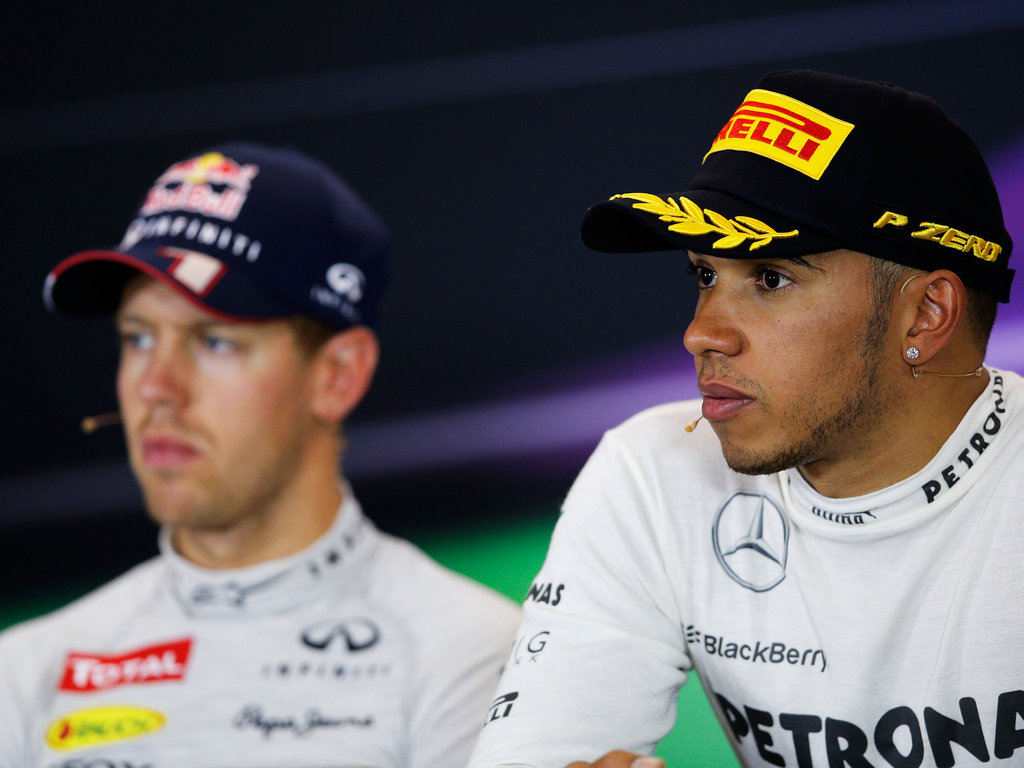 Lewis Hamilton concedes it won’t be easy wrestling the title away from Sebastian Vettel but that doesn’t mean he’s not going to try.

Despite finishing on the podium in Sunday’s Belgian Grand Prix, the Mercedes driver lost more ground to Vettel.

While the Red Bull racer claimed the victory and the 25 points, Hamilton was third which means he is now 58 points behind the German.

But with eight grands prix and a total of 200 points still to play for, the Brit says he’s not out of the race.

“He’s just had a phenomenal car for a long, long time and it’s still phenomenally quick – and he does the job. It’s a perfect package.

“But we’ve had some really strong races and we’ve been there or thereabouts competing with him, and we have finished ahead of him in the past. So it doesn’t mean we can’t do that onward in these next races.

“But it’s getting closer and closer to the point where we really need to be finishing ahead every single time to close that gap.”