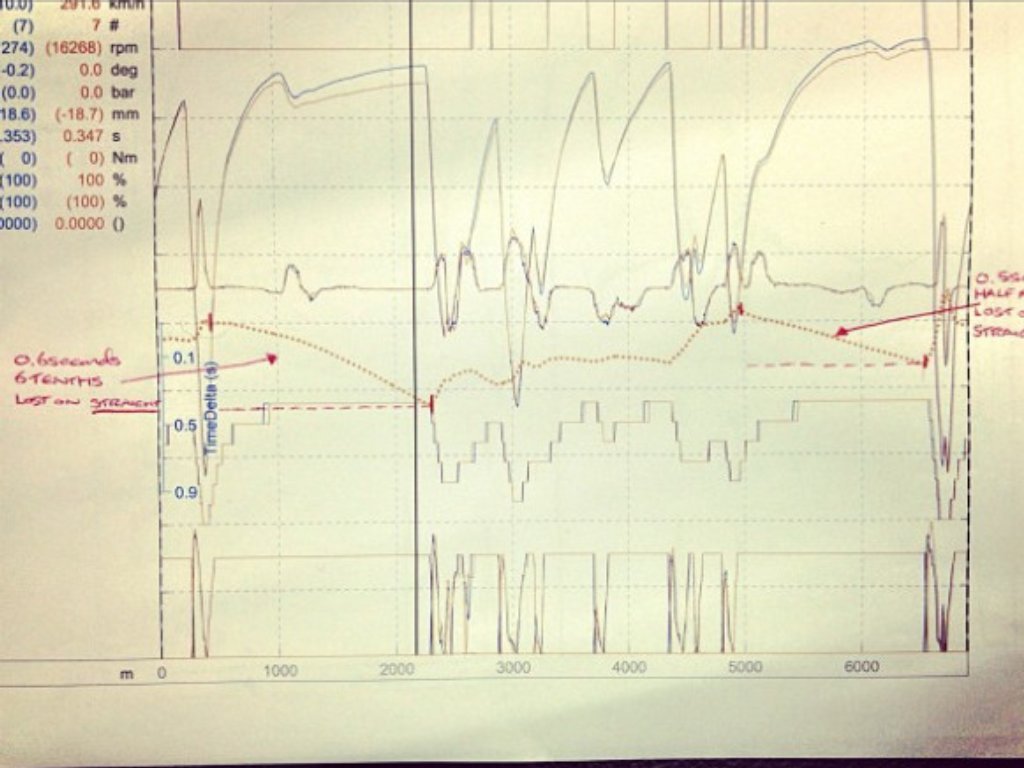 Lewis Hamilton once again made headlines for all the wrong reasons at the Belgian Grand Prix this weekend.

He set the eighth fastest time during qualifying on Saturday, well off the pace of his team-mate and pole-sitter Jenson Button. This prompted him to take to Twitter on Saturday where he posted a series of angry comments following the decision to use a different rear-wing to that of Button.

‘Damn, WTF!! Jenson has the new rear wing on, I have the old. We voted to change, didn’t work out. I lose 0.4 tenths just on the straight,’ he wrote.

‘Nothing I could do. Now, it’s about picking up every point I can from there. Jenson should win easy with that speed.’

The tweets were removed a couple of hours later, but the Brit was at it again on Sunday morning, this time posting telemetry data.

According to BBC Sport, ‘the telemetry sheet not only contained traces of the two drivers’ laps, showing where Hamilton was losing time to Button, but also information about the car’s settings, including sensitive data such as its ride height’.

The image was deleted not long after with McLaren team principal Martin Whitmarsh confirming that they asked him to take it down.

“No, we did not ask Lewis to remove yesterday’s tweets, but yes we did ask him to remove this morning’s telemetry tweets,” he said.

Hamilton’s miserable weekend at Spa continued on Sunday when he crashed out on lap following a collision involving Romain Grosjean, Fernando Alonso and Sergio Perez.

Asked about the crash, the Brit said: “I really don’t want to talk about the start. People can see what happened.”

But despite the impact, Hamilton was okay, revealing that he had “a lot worse than that.”