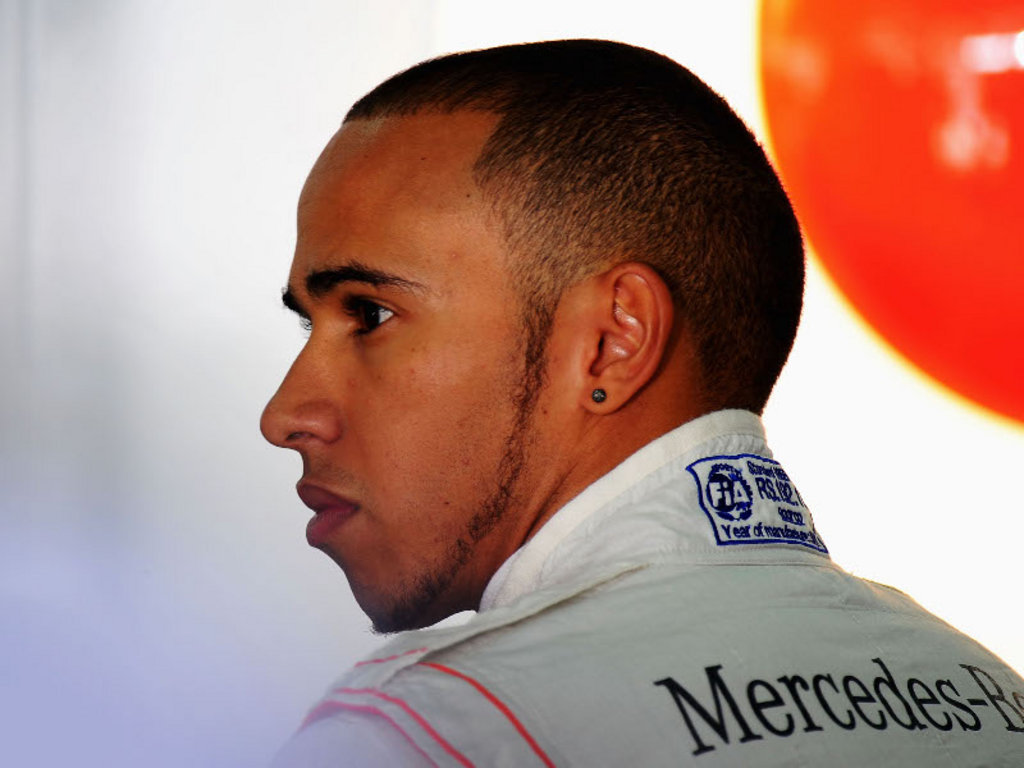 Lewis Hamilton is adamant Red Bull do not have him rattled despite their current domination of Formula One.

Prior to the season starting Hamilton had commented Red Bull were a “drinks manufacturer” lacking the heritage of McLaren and Ferrari.

Then after finishing runner-up to Vettel in the season-opening race in Australia 12 days ago, Hamilton claimed Fernando Alonso remained his primary rival.

That appeared dismissive of Vettel who last year wrestled from the Briton the honour of being F1’s youngest World Champion.

With the war of words intensifying between the two rivals, Hamilton told Press Association Sport: “I don’t think I’ve ever been rattled.

“I certainly don’t remember at least a time when I’ve been rattled, so I would have to say ‘no, that’s not the case’ to that one.

“They are a fantastic team and they’ve done a great job, but they definitely don’t have me rattled.”

Despite Hamilton’s assertions to the contrary that he intends to stay at McLaren, speculation linking the 26-year-old with a move to Red Bull refuses to go away.

Horner again played down the talk when he said he could not see two drivers of the calibre of Hamilton and Vettel ever working together under one roof.

Horner further suggested “fireworks as we saw with Fernando (Alonso) and Lewis” during their time together at McLaren in 2007.

Hamilton, though, sees no reason why he and Vettel, who recently signed a new deal with Red Bull through to the end of 2014, could not join forces at some stage in the future.

“You saw me and Fernando, we were very competitive, and look at me and Jenson, proving World Champions can definitely race together as long as there is quality in the team,” added Hamilton.

“There is definitely not that at a couple of teams around us, but at my team here you see probably the most quality of all the teams.

“A partnership can work as long as a team exists to win a Constructors’ Championship and for the Drivers’.

“With our team being a manufacturer, it means equally as much to them to win the Constructors’ Championship as it does the Drivers’.

“I don’t know if that’s the same for them (Red Bull). It doesn’t necessarily affect them because they’re not a car company, but I think it (working with Vettel) is possible.”

Hamilton maintains the gossip is not affecting him, but rather he is enjoying being in the spotlight.

“It’s not frustrating. Whatever you are faced with you have to try and turn it into positives,” said Hamilton.

“The positive thing is I’m being talked about, and that’s a great thing, which means I’m not forgotten.

“Another positive is that potentially other teams are interested in me, as well as my own team, which hopefully makes my team hungrier for me.

“But it doesn’t distract us, and I’ve made that clear to my team boss (Martin Whitmarsh).

“I’m contracted for the next two years and I’m committed to that, but it doesn’t mean I can’t promise anything.

“I am focused on my job now and I want to win World Championships here, and I hope that continues, but you never know what happens in the future.”