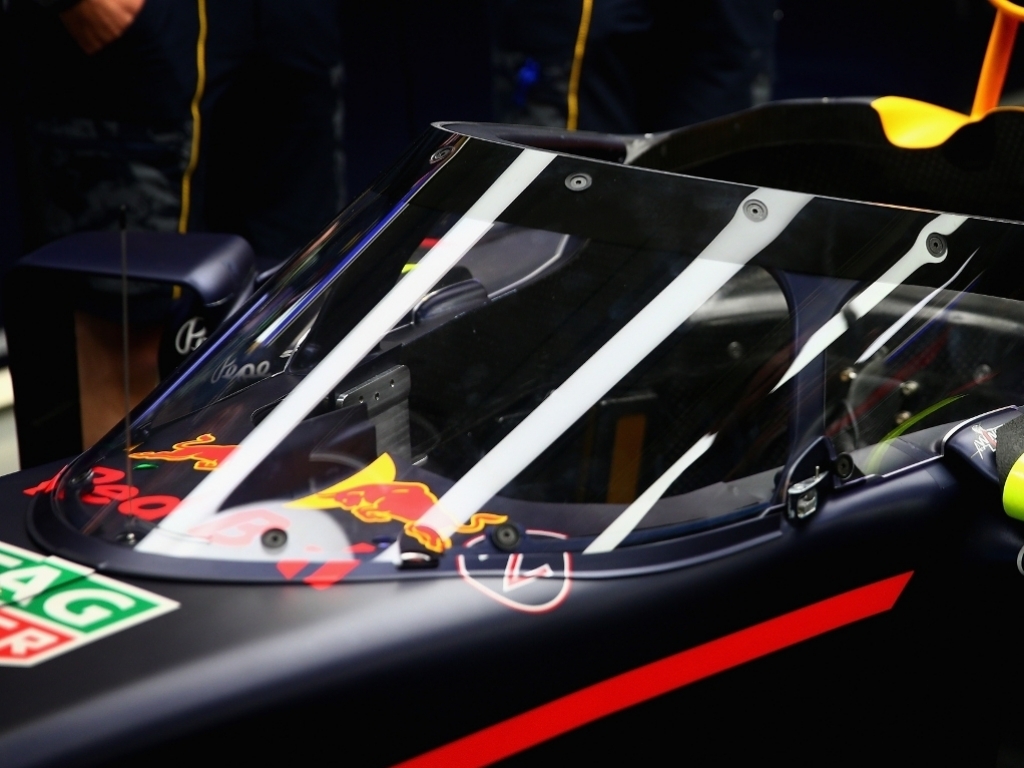 Lewis Hamilton is not impressed with Red Bull's 'aeroscreen' protection device, saying it looks like a "bloody riot shield."

Red Bull fitted the design to Daniel Ricciardo's RB12 on Thursday as they plan to trial the 'aeroscreen' during Friday's first practice in Russia.

The device has been met with mixed reviews as while some say it looks better than Ferrari's halo, Hamilton has slated it.

"If they're going to do this, close the cockpit like a fighter jet," the Mercedes driver told Autosport.

"Don't half-arse it. Go one way or the other.

"That screen looks so bad. It looks like a bloody riot shield.

"You've got this cool, elegant futuristic Formula 1 car, and you've got a riot shield sitting on top of it.

"And the other one [halo], the carbon fibre structure was obviously good but Fernando [Alonso] wouldn't have been able to get out of the car potentially in his crash in Melbourne.

"But on top of that, it is a good thing to see the FIA does take safety seriously.

"It is a constant thing that always needs to be worked on – as long as it doesn't affect the aesthetics, the style and the coolness of Formula 1."

But while Hamilton agrees that the F1 should always work to improve safety, he feels cockpit protection is not the way to go.

He added: "When I get in that car, I know that there is a danger.

"That's been the same since I started when I was eight years old.

"You look at Formula 1 as a kid and think 'these guys, they're crazy, they could die at any moment…'

"Everyone comes to me who's just started watching Formula 1 and says 'oh it's so dangerous'.

"That's a large part of why they are so in awe of what you do.

"Take away all that and that person could do it, almost."