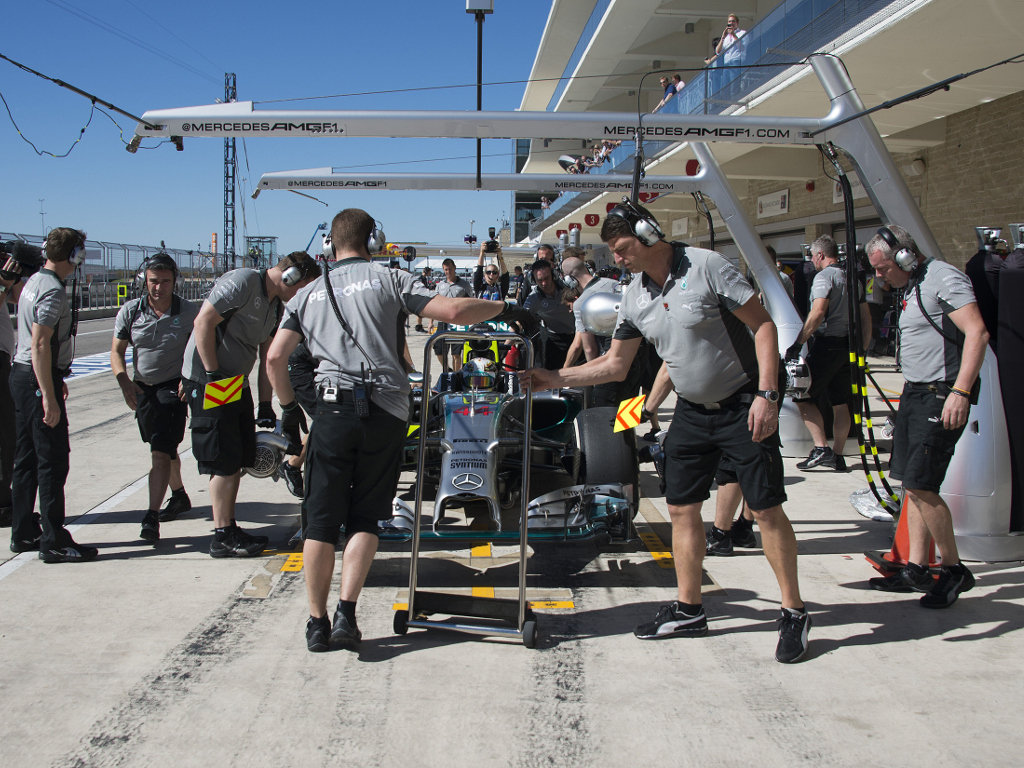 Mercedes have admitted that they have “two or three things” to fix in Austin after Lewis Hamilton’s FP2 was cut short by mechanical problems.

Championship pacesetter Hamilton posted the fastest times both in FP1 and FP2 at the Circuit of the Americas, but he completed only 18 laps in the afternoon compared to team-mate Nico Rosberg’s 34 as he had an issue with the car.

He first reported a “strange shift from fourth to fifth” with still 20 minutes left and was immediately told to box. The team took the floor off his car and he was forced to miss the rest of session.

Executive Director (Technical) Paddy Lowe, though, has confirmed that Hamilton had two different problems while Rosberg also complained of a possible gearbox problem.

“It is a hydraulic issue,” Lowe told Sky Sports F1. “It is quite a small thing, we don’t know quite what yet, but it was a precautionary stop.

“Those [the gearbox issues] were unrelated. So we had two or three things going on at the same time.”

Hamilton, though, is not too concerned about the problems with his car ahead of qualifying on Saturday.

“These are small glitches and it’s better it happened today,” he said. “I’m confident we won’t have problems moving forward, but again you don’t know what lays ahead. We have to take it as it comes. It doesn’t help, of course, when you lose a bit of time on the long run because you get a real good understanding of the balance, how much you can push, how much fuel you need to save and those kind of things. Nico had the whole session so hopefully from that we’ll learn and understand the data. From me hopefully I’ll get a better feel in the race.

“I actually don’t know what the problem is but they said it was a fluid leak somewhere or a hydraulic leak or something like that. The car was feeling fine, it’s just we had to stop just in case. They’ll be fixing that and I don’t necessarily mind and the car was feeling good. I just said that to Niki [Lauda], but he said ‘This cannot happen with our cars at all. We’ve got to improve so they are perfect’.”

Hamilton added: “Nico is looking very quick, it is going to be very tough, but I am up for the battle. There will be many battles this weekend but he is the closest on time.”