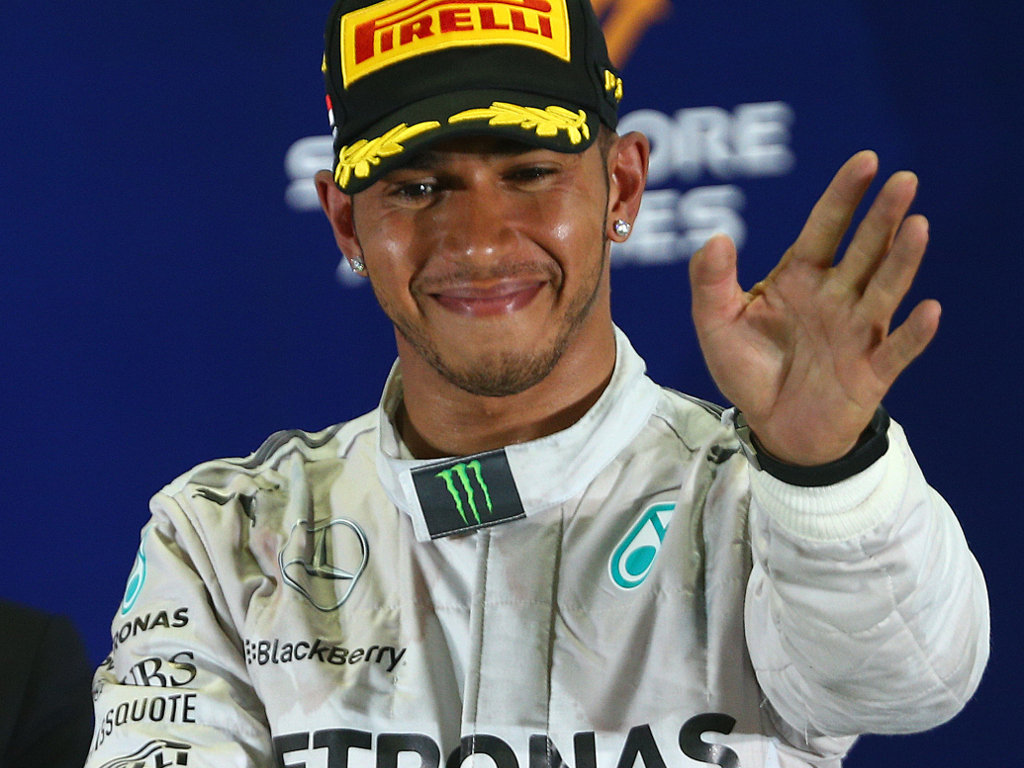 Lewis Hamilton is enjoying both the success and the pressure that comes with it, according to his father Anthony…

Lewis Hamilton is enjoying both the success and the pressure that comes with it, according to his father Anthony.

Last Sunday in Singapore, for only the second time this season, Hamilton grabbed the lead in the Drivers’ Championship from his team-mate Nico Rosberg.

Claiming his seventh race win of this season while Rosberg retired, Hamilton edged ahead by three points.

But with 150 still to play for, the pressure is only just beginning.

“He had a plan this year and he’s managing himself, that plan, what he wants, really, really well,” Anthony told Press Association Sport.

“On occasions I’ve reminded him and said ‘when you think about it, we’re in Formula One, an amazing sport to be in, and never forget it, so enjoy every minute of every day’.

“He’ll have bad days but, do you know what, it actually doesn’t matter because we are at the top of the greatest sport in the world.

“If there’s pressure, that’s the bonus that comes with winning, but really this is a life you have to enjoy because you are only here for a short period of time.

“It’s great to win, but the key is enjoying it and he is.”