Home Uncategorized Hamilton: Verstappen has the potential to be a champ 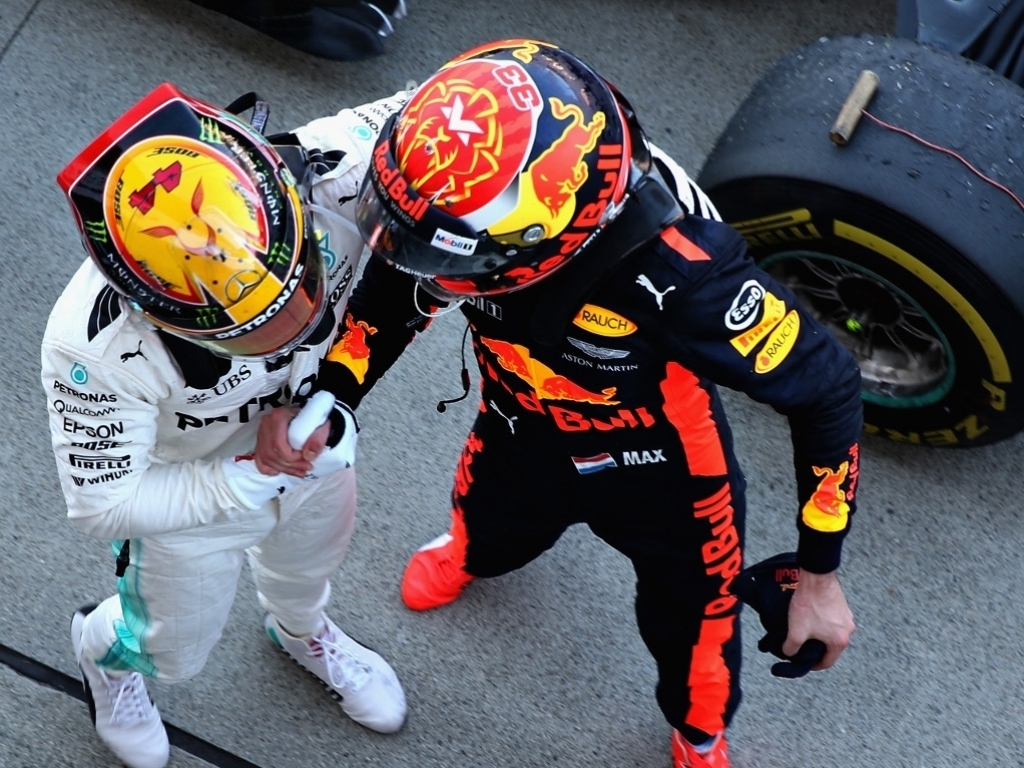 Although Lewis Hamilton is convinced Max Verstappen has what it takes to be a World Champion, the Mercedes driver insists he’ll do everything he can to stop him winning.

Verstappen made history in 2015 when he became the youngest driver to compete in a Formula 1 grand prix and it was evident from the get-go that he has something special.

The Dutchman, who was promoted to Red Bull during the 2016 season, has wowed fans with his pace, ballsy overtakes, and ability.

But while Hamilton reckons he will win a World title down the line, the reigning champ is determined to ensure it doesn’t happen while he’s still around.

Asked if Verstappen could better his tally of four titles, Hamilton replied: “I think it is very difficult to say, he definitely has the potential to be a World Champion as we’ve all seen that and that is why he has such a great following.

“We’ve seen the way he drives and he has great potential and is in a great team. I think he is in the perfect place to continue growing.

“He has a long time ahead of him even with a good few seasons under his belt. I still hadn’t even had my first season at 21 so he is even further ahead than me and a lot of the drivers.

“While I’m here I am going to be doing what I can to stop him winning.

“People won’t particularly love that but that is what we are here to do, we are here to battle and I am looking forward to having some really positive battles with him – hopefully this year.”