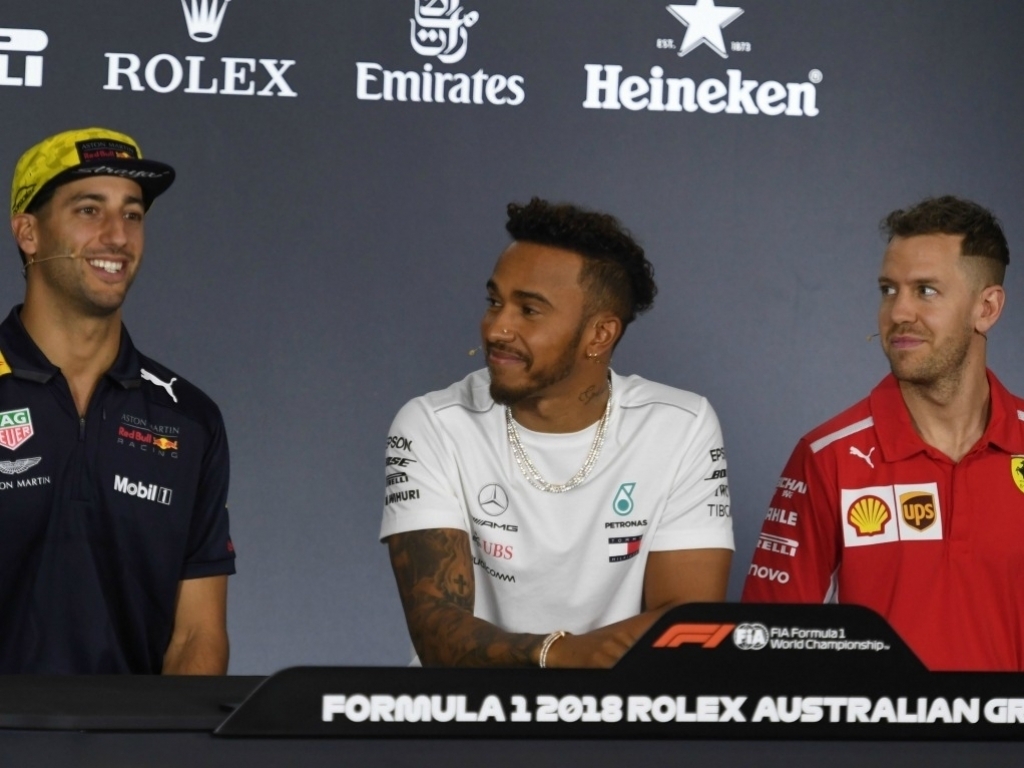 Lewis Hamilton and Sebastian Vettel both discussed Daniel Ricciardo's future as all three drivers took part in the first FIA press conference of the season.

Ricciardo is out of contract at the end of the season and could well end up being a team-mate of either Hamilton or Vettel next year if he is unable to agree new terms with Red Bull.

But while the Aussie assesses his options, Hamilton warned him not to alienate his current team, an easy trap to fall into when a driver's long-term future is on the line.

"An important thing is to look at the history of drivers, and things that drivers have said in the past, and try not to alienate the team that you're in," said Hamilton.

"It's all good and well hoping at some stage to experience something new at another team," he continued. "But there's a lot of people in our teams, and it's really important to keep them encouraged and focussed on you as a driver, to help you achieve your goal.

"And if you look, there are some drivers of recent years who have made bad decisions in upsetting and rocking the boat.

"He's in a great place still, Red Bull I think this year can really have a fighting chance to win the championship. An opinion of where you might want to go if it's not where he currently is may shift."

Vettel, meanwhile, would not be drawn too much on Ricciardo's future, but would have no issues being team-mates with him again after their one-year stint together at Red Bull.

"I don't know what he's up to, what he wants or how much he's asking," Vettel added.

"We only shared one year together, which wasn't great for me, it was great for him. We get along, so I wouldn't mind if we get together again in the future."