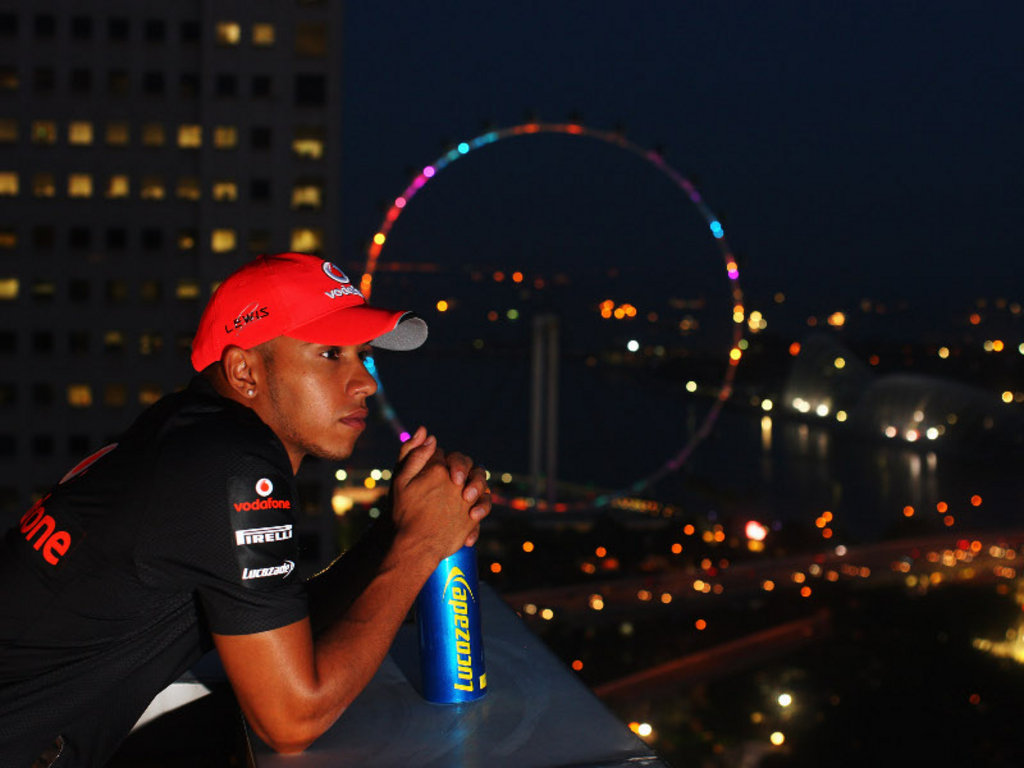 Lewis Hamilton and Jenson Button have paid tribute to Sebastian Vettel, who is just 13 points away from making history…

Lewis Hamilton and Jenson Button have joined Fernando Alonso in paying tribute to Sebastian Vettel, who is just 13 points away from making history.

Vettel, who has won eight grands prix already this season, can wrap up his second World title in Singapore this week.

The Red Bull racer needs to out-score Alonso by 13 points while having Button and Mark Webber fail to finish in second place.

And if he does that, he’ll become Formula One’s youngest back-to-back and double world champion.

“He has been exceptional this year. He has really driven very, very well,” said Hamilton.

“He has finished first and second in all the races, bar one when he was fourth, so he has been massively consistent, well controlled.

“He has made very few mistakes, and even the two small ones he has made (first practice crashes in Turkey and Canada) have not been very costly.

“I take my hat off to him, I think he has done fantastically well, whilst his persona, his attitude have been very professional.”

Button too praised the German, admitting that while last year he felt Vettel made too many mistakes on his way to the title, this season the 24-year-old has been superb.

“I said last year before the Championship that I didn’t think he would win because he made too many mistakes. That was my opinion,” said Button.

“But this year I think he has driven really well, and more than his speed he has made a lot less mistakes.

“He looks really confident in the car he is driving. He has a great car underneath him, and he has done a perfect job with it.

“When someone is in that form, the car is working like that and the team don’t make mistakes, it’s very difficult to beat them when you don’t have one of those going for you.

“For us, we’ve made too many mistakes this year, and we haven’t quite got it together on a race weekend even when we’ve had the performance.

“If you look at the last two races, if everything had gone well we would have had a really good chance of fighting for Seb for a win, but we haven’t done a good enough job.

“He’s done a very good job this year, and I’m sure he’s very proud to be world champion again, which he will be in the next couple of races.”