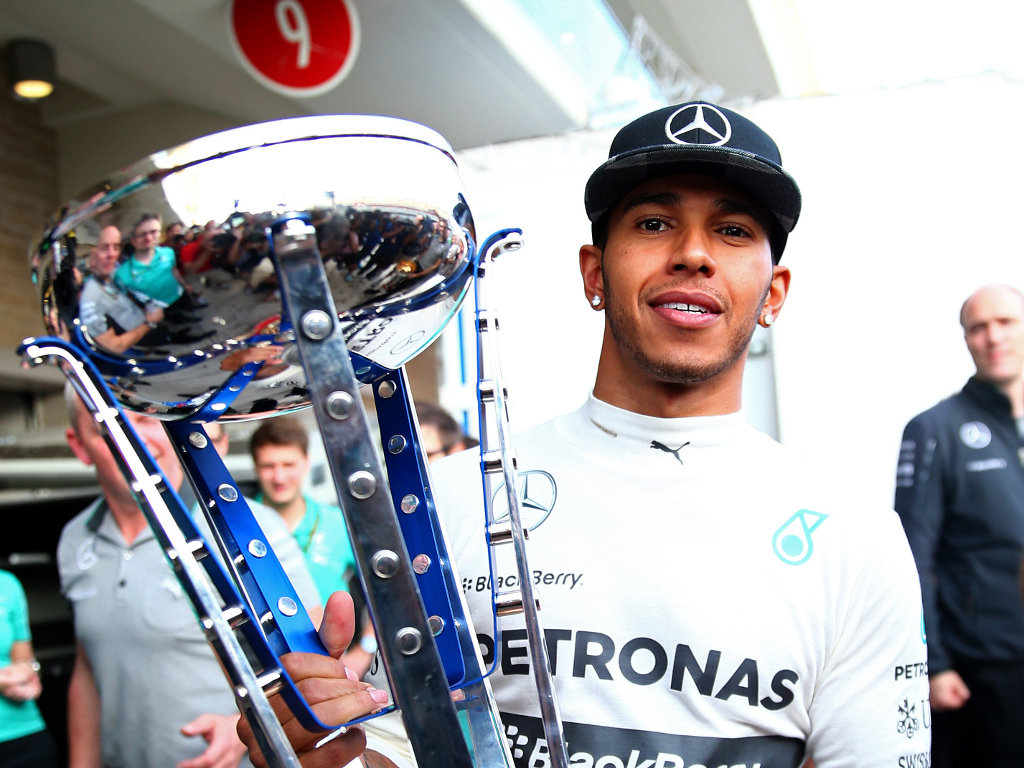 Lewis Hamilton says he won’t change his approach as he looks to carry his lead in the Championship through the final two rounds of the season.

The British driver secured his tenth race win of this season, and his fifth in succession, when he took the chequered at the Circuit of the Americas ahead of Nico Rosberg.

Having overtaken his team-mate for the lead with a clinical move on lap 24 of the 56-lap race, Hamilton will head into Sunday’s Brazilian GP, the penultimate round of the Championship, with a 24-point lead.

And although one could understand if Hamilton opted for a more cautious approach at the final two races, the 29-year-old insists he won’t be doing anything different to what he did in the previous 17 races.

“It doesn’t really change, same as for Nico really, because we’re hunting for those points,” he said.

“I think during the year you have to be balanced in the risks you take and I think that so far I’ve not been taking too many risks.

“I’ve done what I’ve needed to do to get by in the safest way, in the cleanest way, which has worked all year, so I should just continue to do the same.

“Even in this race, I was looking after the car, trying to nurse it home and make sure that it had no problems, and I think really you’ve just got to keep going until the last chequered flag.”

As for his ‘Jedi Knight’ mind set, as it was put to him given his run of race wins, the Mercedes driver says it is as much about doing his homework as it is about staying focused.

“I like the Jedi Knight reference, that’s cool,” said the 2008 World Champion.

“I’ve just really been doing my homework. Before a race there’s a lot you can do to really understand what opportunities could come up and, in different scenarios, how you approach it.

“I felt very much on top of that, as I have done for quite some time, and I just went into the race with the belief I could win it.”