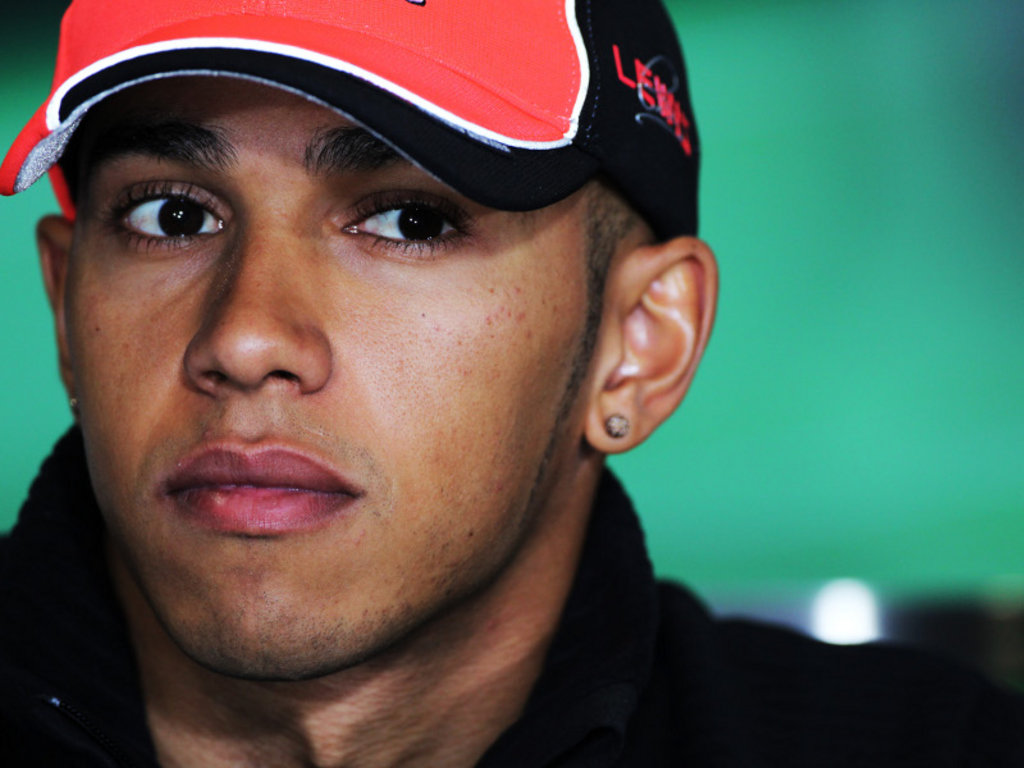 Lewis Hamilton knows he will have the full support of the British crowd behind him on Sunday come rain or shine.

The start to this weekend’s British Grand Prix on Friday proved to be a damp squib for the drivers and a 75,000 Silverstone crowd.

Rain that varied in degree throughout the day, leaden skies and cool temperatures blighted the two 90-minute practice sessions.

For Hamilton, the conditions at least brought back fond memories of one of the greatest wins of his career in 2008 when he triumphed on home soil in the wet, thrashing the field by 68 seconds.

One of the abiding memories for the 26-year-old is of the fans who braved the atrocious weather, yet despite that, the grandstands as always were packed to the rafters to cheer on the McLaren driver.

“I won my British GP in these conditions in 2008, so I’m pretty happy with how the weather is right now,” said Hamilton.

“I remember that year the fans staying rather than going home, as you would expect. They were still sitting in the crowd cheering despite the fact they were completely drenched.

“They were massively enthusiastic, encouraging, and regardless of whether we win or lose they are always there.

“It’s the biggest sporting event here in the UK, and it really is the most special one too, which is why we put all the effort we can into this weekend as a team and as individuals.”

For Hamilton, in attempting to maintain a positive mindset in the wake of his negativity that followed the European Grand Prix in Valencia 12 days ago, he was in an upbeat mood after practice.

It appears nothing these days can dampen his spirits as he bids to close the 89-point gap to Championship leader Sebastian Vettel.

“It’s a shame it was so wet because I really wanted to put on a good show for all the fans,” said Hamilton.

“They had to brave some pretty cold and damp conditions all day, so I’m pleased it looks like the weather will improve for the rest of the weekend. Fingers crossed.

“Despite the lack of running, it was actually quite encouraging. We tested a couple of things and I managed to pick up quite a decent feeling for the car.

“It’s going to be interesting today if it’s dry because I think our car is looking quite good.”

Hamilton, however, was forced to see the stewards yet again late on, although he came away on this occasion believing he had taught them a trick or two.

Hamilton was caught using the DRS on his car – the moveable rear wing – in the wet, which is not allowed.

Explaining the situation, a happy Hamilton said: “The rules don’t clearly state whether you can use DRS on slicks (tyres) in wet conditions, which is what we did.

“The stewards just wanted to understand so they could tighten the wording of the regulations for the next race.

“I also suggested a couple of tweaks to make the regulations clearer and safer, so it was quite a useful visit.”

Hamilton has faced criticism over his driving style, with former World Champion Niki Lauda describing it as “completely mad” after the McLaren man’s collision with team-mate Jenson Button in Montreal last month.

But Hamilton has defended himself, telling BBC Sport: “I’ll take my driving style to my deathbed, for sure.