Home Uncategorized Hamilton vs Rosberg: Title goes down to the wire 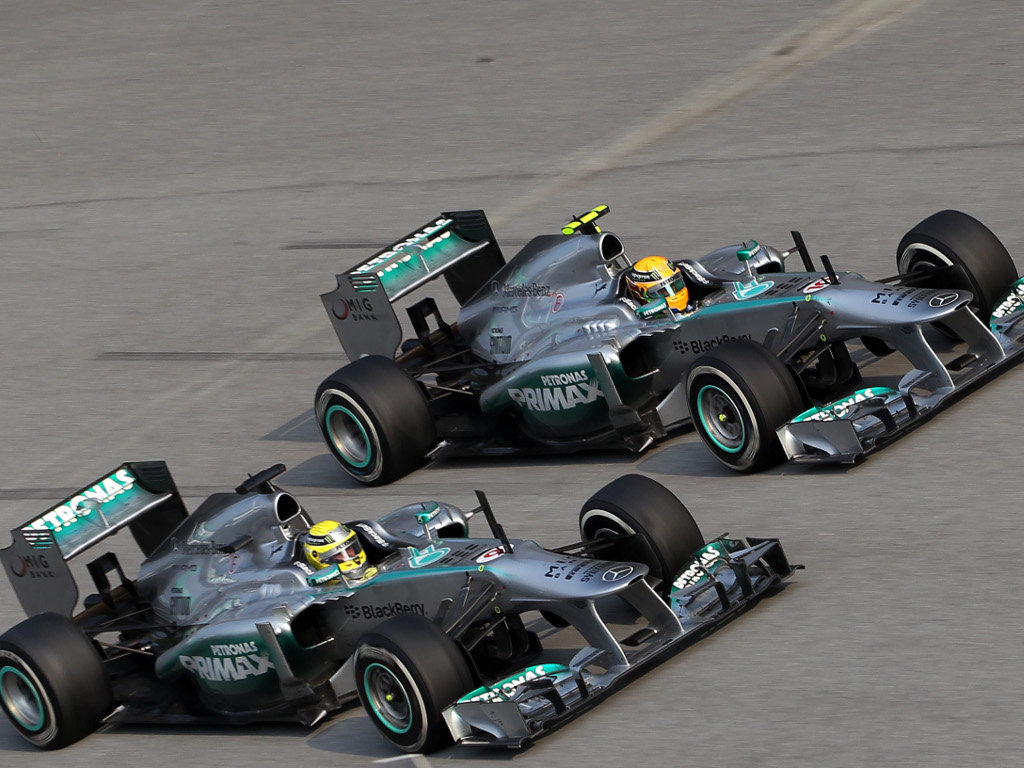 One of the closest title races in recent history is set to be decided in Round 19 in the United Arab Emirates as team-mates Nico Rosberg and Lewis Hamilton will once and for all settle a battle which has captivated Formula 1 fans across the world.

Although the season developed into a two-horse race early on through the sheer power and superb aerodynamic setup of the Mercedes W05, it has made for a wonderful spectacle and bears all the hallmarks of the infamous rivalry between James Hunt and Nicki Lauda in 1976.

Their personalities may be different, but there has been no love lost between Rosberg and Hamilton with several on an off-the-track feuds leading to an intriguing final day climax in which both drivers stand a chance of winning the Drivers’ World Championship. Hamilton is currently in pole position to be victorious come the chequered flag in Abu Dhabi, although a 17 point lead could be instantly wiped out by the newly introduced double points that could let Rosberg steal ahead at the death and follow in fellow countryman Sebastian Vettel’s footsteps to extend Germany’s new-found dominance with five consecutive titles. Not all though believe that Rosberg can overturn the deficit, but backing either driver should add even more suspense and drama to what promises to be a wonderful ending to the 2014 Formula 1 season

What Hamilton needs to do

Lewis Hamilton has shown superb determination and fighting spirit to not only overturn an early season deficit to his team-mate after retiring in the first race in Australia, but continuously come out on top another top quality driver who has pushed him all the way. Many would argue that Hamilton is a worthy champion, with ten race victories double the amount Rosberg has won and it would be a shame if the new double points system made a controversial impact on the title race. Five consecutive race victories has put the Brit in a wonderful position to win his first Drivers’ Championship title since 2008, but Hamilton may have to pull out all the stops to prevent Rosberg securing his eleventh start from pole in Abu Dhabi. The introduction of double points in the final race creates a simple equation for Hamilton; he has to either win the race or finish higher than Rosberg to be assured of lifting the title, but he must finish no lower than second if his team-mate takes the chequered flag.

Can Rosberg steal the title at the death?

Although Hamilton has managed to whittle down Rosberg’s lead and overtake him in the drivers’ standings, the German has remained one the coattails of his team-mate and still has a chance of winning the world title. His superb performance in Brazil to convert pole position into a race victory has set up a wonderful climax to the season, although a repeat of the result in Sao Paulo would not be enough as Hamilton would take the title if he finishes behind Rosberg in second. Although both Mercedes drivers know how to get the very best from their car, securing his eleventh pole position of the season may be key to Rosberg’s chances of being triumphant. Winning the race has to be Rosberg’s prime objective, and then hope that his team-mate slips up or suffers a mechanical problem to secure a wonderful comeback and create a dramatic late twist in the finale for the 2014 Drivers’ World Championship.