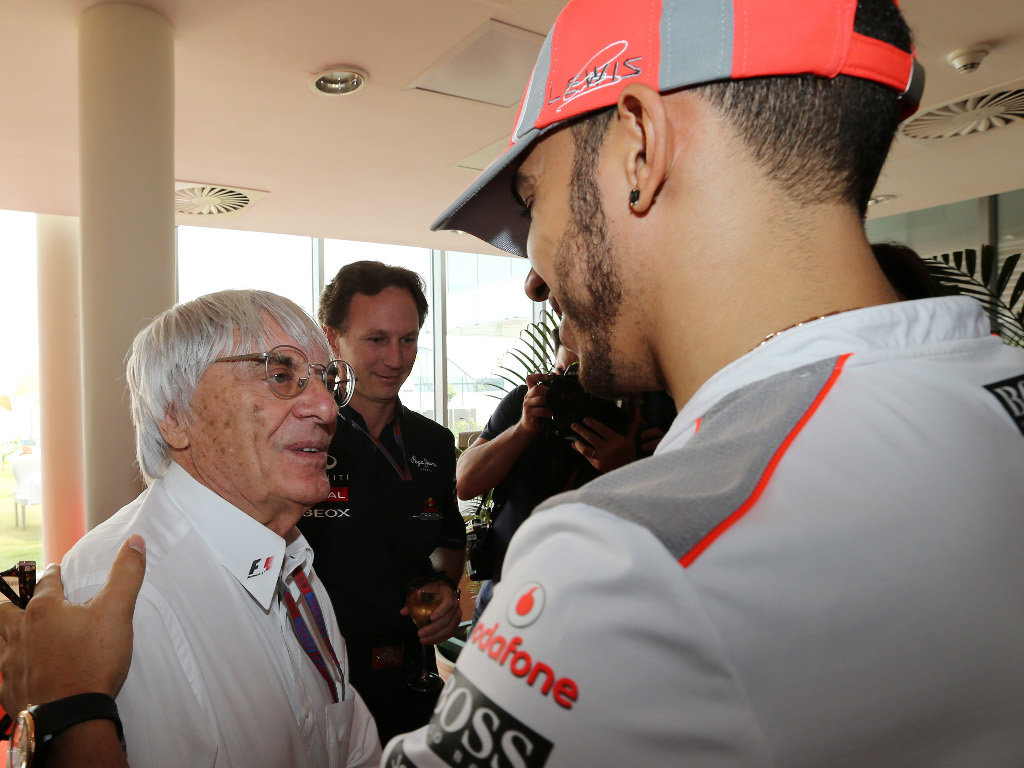 Lewis Hamilton asked Bernie Ecclestone to broker a move to Red Bull Racing, so says the Formula One supremo…

Lewis Hamilton asked Bernie Ecclestone to broker a move to Red Bull Racing, so says the Formula One supremo.

Last season Hamilton was on the lookout for a new team, having grown disillusioned with McLaren.

According to the Daily Mail, Ecclestone revealed that ‘when Lewis Hamilton wanted to find a new team for this year, the 28-year-old British driver asked him to broker a move for him to join Red Bull alongside Sebastian Vettel.’

The talks, though ‘collapsed’ when Red Bull owner Dietrich Mateschitz refused to give Mark Webber the boot out of loyalty to his long-time driver.

“Sebastian wouldn’t have cared if Lewis had signed for the team,” Ecclestone said.

“Dietrich is a very honest, straightforward guy and told Mark the door was open for him to stay. That was good of him.

“Had Mark gone, Dietrich would have signed Lewis.”