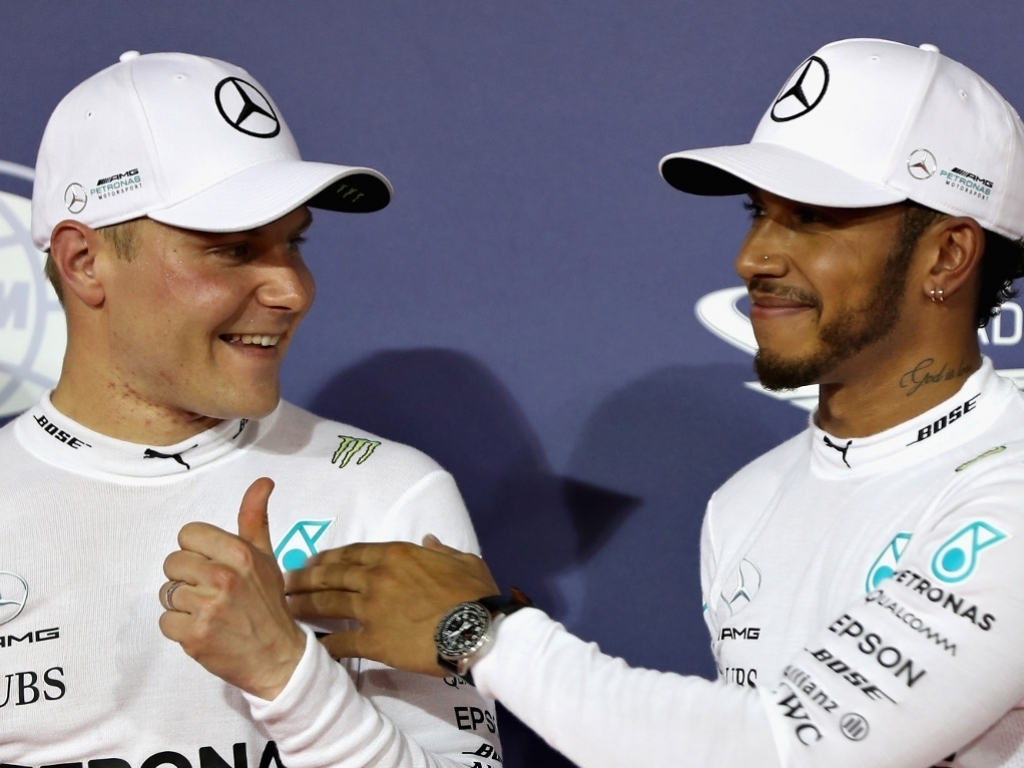 Lewis Hamilton wants Valtteri Bottas to stay at Mercedes in much the same way Sebastian Vettel wants Kimi Raikkonen as his team-mate; that’s according to Jolyon Palmer.

This season will mark Bottas’ second at Mercedes with the Finn hoping to extend his stay beyond December.

One man rooting for him to sign a new contract is Hamilton, who Palmer reckons mainly wants Bottas around because it means he’ll retain number ‘1’ billing.

“I think he’ll be very happy with it,” Palmer said on BBC Radio 5 Live.

“It’s a very similar situation to what we’ve got at Ferrari where Sebastian Vettel is kind of the No 1 driver, whether officially or not, and he’s voiced his support for Kimi Raikkonen to stay there.

“When you have a situation like this in the team, you have one guy that is the No 1 then they don’t want the second guy to be as quick, it’s natural.

“He’s a competitor and he can also be helpful in a title run-in.”

The former F1 driver also weighed in on Hamilton’s contract situation, which he believes will ultimately see the Brit re-sign with Mercedes.

“Both Hamilton and Bottas are out of contract at the end of the year but I don’t think Lewis will be worried about it one bit because he can go anywhere he wants and I’m sure if Mercedes are quick and he has the desire to keep going then he’ll stay.

“To be honest, he probably won’t mind who his team-mate is because he’s four-time World Champion, could be five at the end of this year, he’s got a lot of confidence, a lot of natural talent and in the end for him it doesn’t matter.”