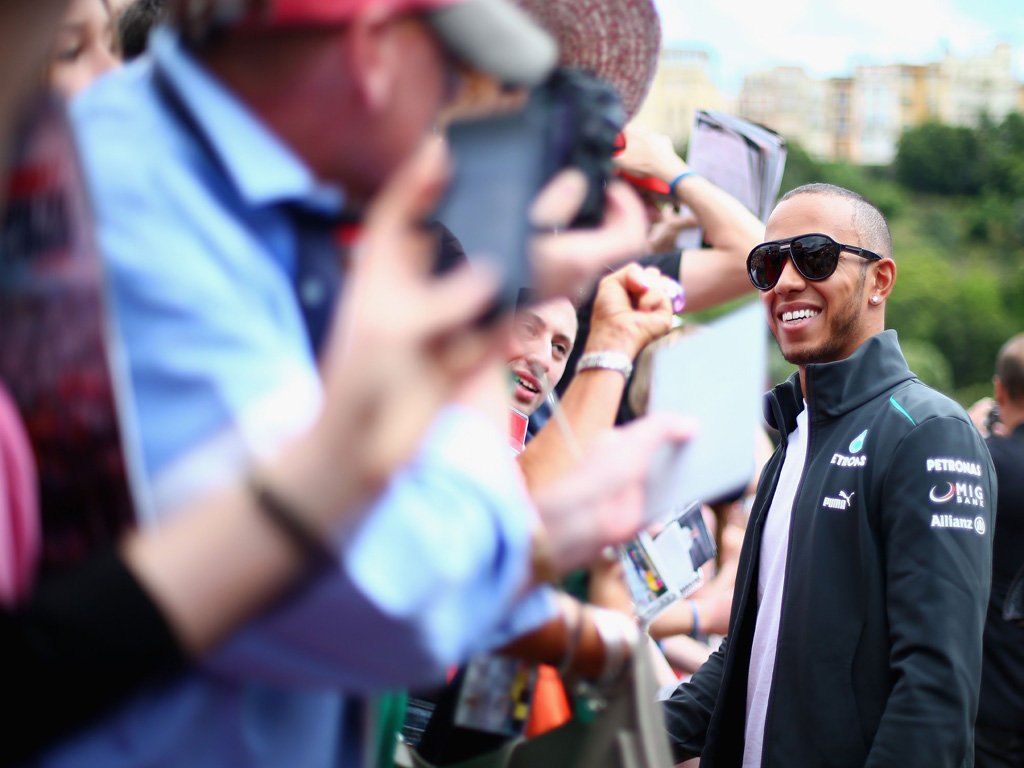 Lewis Hamilton says he is enjoying himself in Formula One for the first time this year and wants to help Mercedes begin a new winning era in the sport.

In an interview with dpa ahead of the Monaco Grand Prix, the 28-year-old Briton says he is convinced the team he joined this season from McLaren can win World Championships.

“I am not necessarily speaking about this year,” he said.

“They’re the years we’ve got to hammer it and win Championships like Red Bull have done the past few years. I moved to this team because I believe they can do that.”

Hamilton won the Formula One Championship with McLaren in 2008 in his second season in F1 and is currently fourth in the standings after two podium finishes in five races in his maiden Mercedes campaign.

“I want to win another World Championship. I am tired of these years of winning a couple of races and not winning the Championship when I feel that coming up to Formula One I won every Championship pretty much that I competed in,” he said.

“The time is now on focusing on winning this Championship. It’s a big gap already, five years since my last World Championship, and it’s time to change that.”

Hamilton’s decision at the end of last year to leave the McLaren team which had nurtured him since a youngster surprised many in Formula One, particular as Mercedes had struggled since returning to F1 as a works team in 2010.

“When I got to Formula One I was told I had to fit into a square box,” he said. “And so I created myself to be square and fit into a square box and it’s only since I joined this team that I can be whatever shape I want to be and I can be the shape that I really am, so I am working on figuring out what shape I am.

The decision to leave McLaren for Mercedes was partly a desire to be “almost reborn,” Hamilton said.

As an example Hamilton refers to his tattoos which he said would also have been “frowned upon” before joining Formula One.

“But now I don’t really care if people have problems with my tattoos,” he said. “I can have as many tattoos as I want because I love tattoos. I can walk and dress and speak the way I want.”

Hamilton says he also wants to enjoy his time in Formula One despite the seriousness often associated with modern motor-racing.

“I think it’s important … it’s such a fun environment,” he said. “There’s so much fun surrounding Formula One but no one’s really having fun, and I want to have fun while I am here because there are only a certain amount of years that I have left in this sport.

“I want to be able to enjoy it and this year is the first year I am really enjoying myself. It’s the first year I have been able to express who I am and be free and make decisions that I want to make and not have to pay the consequences as such – of course, if you make a mistake you do, but I am enjoying it.”

Hamilton will soon be welcoming McLaren’s engineering chief Paddy Lowe to the team, further strengthening his belief that Mercedes can compete for the World Championship.

“The more good people you have … the better you will be so having Paddy is positive to the team. I think this team is growing to be one of the strongest teams in Formula One,” he said.

“I can’t imagine at the moment another team having as strong a package as this team has in terms of engineers and intelligence, so we now have to put that into practice to get the results, and slowly but surely I think they will come.”

Meanwhile off the track, Hamilton has resumed playing golf after a year’s break (handicap down to 17) and admits he is just as competitive on the fairway and greens as he is on the track.

“It is a good way of relaxing. It’s a good way of getting really stressed as well and taking your anger out on the ball or the clubs,” he said with a laugh.

“I am the most competitive person you will meet,” he added. “I am pretty sure even when I have kids I will never let my kids win in anything…That’s what I am like.”