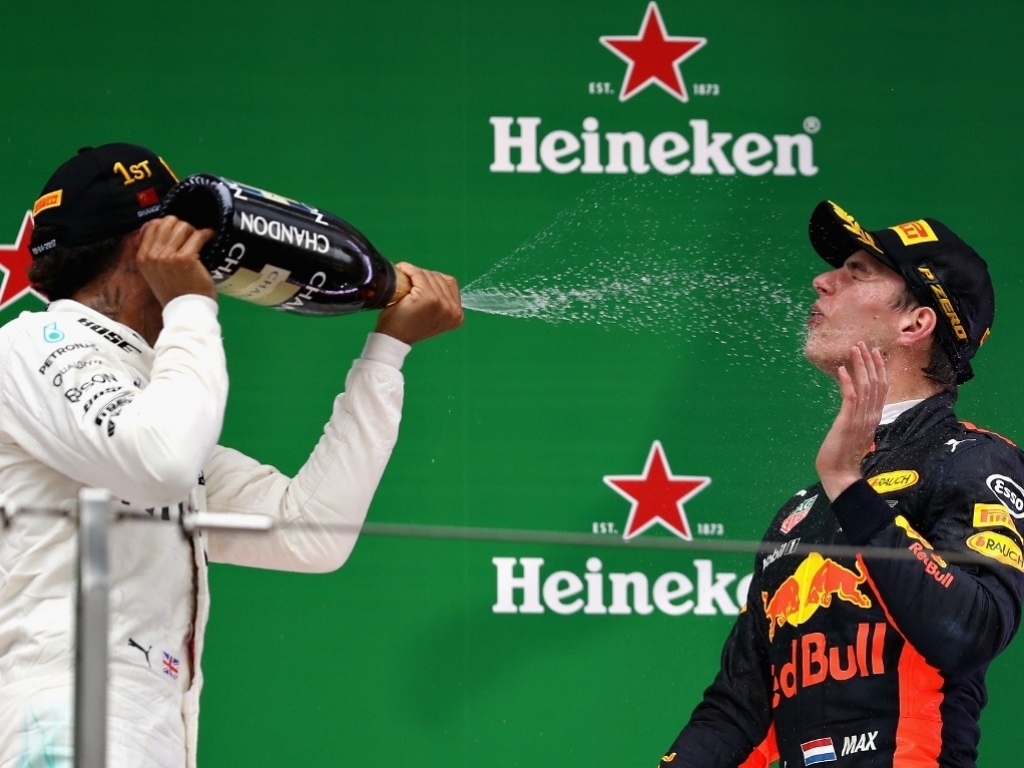 Lewis Hamilton is hopeful that Red Bull can improve throughout this season, making it a three-team tussle at the front.

While Mercedes and Ferrari have split the honours so far this season, one win and one runner-up result each, Red Bull achieved their first top-three result in China on Sunday.

Max Verstappen, despite starting P16 on the grid, raced to third place behind Hamilton and Sebastian Vettel.

“Honestly, I hope that Red Bull can improve through the season because I think a third element in the fight I think would be even more exciting,” said Hamilton.

As for ‘this guy’ Verstappen, who once again claimed a ‘Driver of the Day’ award for his antics in Shanghai, Hamilton says the 19-year-old has been a “breath of fresh air” for Formula 1.

“I quite like him up here next to us; makes me look younger when I’m up here. It’s good to have a younger person around,” he said.

“Max has obviously done a fantastic job since he’s been in the sport and I think he’s been a real breath of fresh air for everyone so obviously he’s got a great following and he’s definitely been in some great situations in some races and really maximised above and beyond in those, which is why he gets driver of the day.

“It’s a lot harder to do that when you’re in the lead of a race, obviously, because you can’t really do much overtaking.”