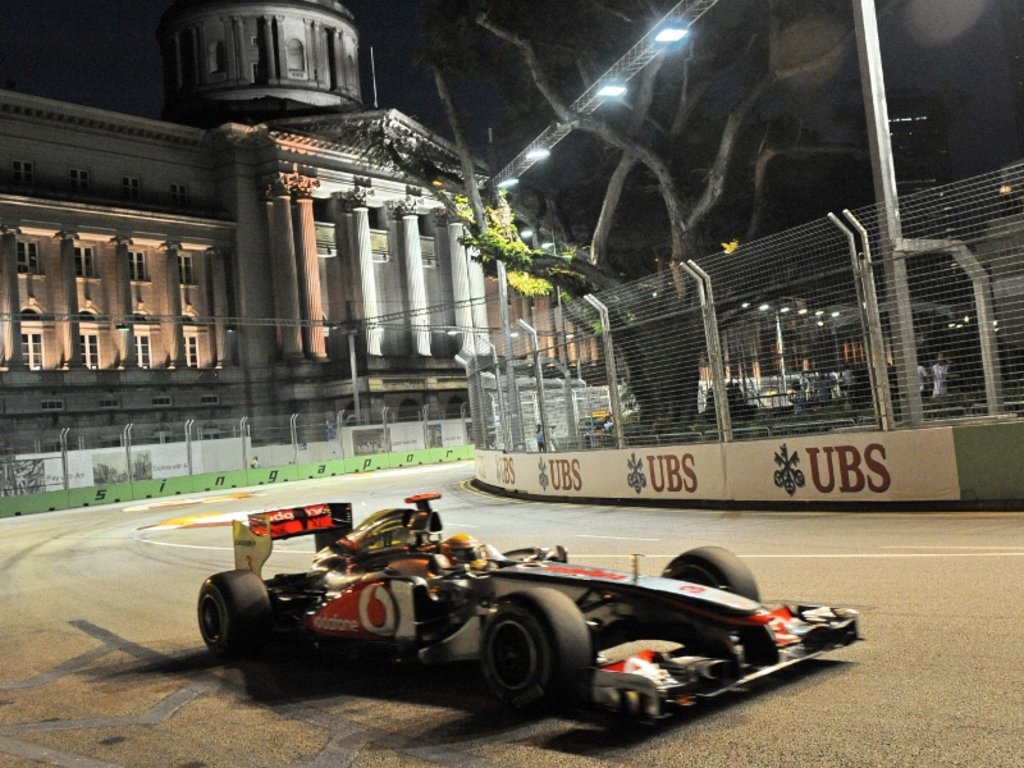 Lewis Hamilton is keen to race Sebastian Vettel for the win in Singapore this weekend – and do so wheel-to-wheel.

The duo have had few meetings this season, mainly because Vettel has scampered off into the distance.

And as the Red Bull driver closes in on his second World title, Hamilton is eager to make him work for it by fighting him for the Marina Bay win.

“Theoretically the title isn’t over, but I’m not really thinking much about the championship any more,” said Hamilton.

“Whilst there’s a small chance we’ll still keep pushing, we’ll never give up.

“We still take some energy, some positivity into these last few races, because we’re still competitive.

“In a race we know he can be beaten, and that we can still have some good wheel-to-wheel racing.

“I’m dying to have some wheel-to-wheel racing with him, and so I hope I have a few more opportunities to do that.”

The McLaren driver, who was third quickest in Friday’s second practice, seven-tenths adrift of Vettel, also responded to criticism from some quarters that he took it too easy at the previous race in Italy.

While more often than not Hamilton is slammed for his gung-ho approach, at Monza he spent the better part of 28 laps behind Michael Schumacher without any of the daring moves many have come to expect from him.

“I wanted to finish, but I didn’t go balls out. I didn’t take too many risks,” confirmed Hamilton.

“Even the slightest risk I would have been in the barrier, I wouldn’t have finished. He (Schumacher) wouldn’t have let me past without crashing into me.

“I just made sure I was sensible and I finished the race, and it felt great to be able to finish and walk away with some dignity.”

He added: “I’m focusing on trying to win a few more races, that would make me happy.

“It’s about pushing to improve the car and the results, and for me as an individual it’s about finishing all the remaining races in a good place so we can take any momentum from that into next year.”