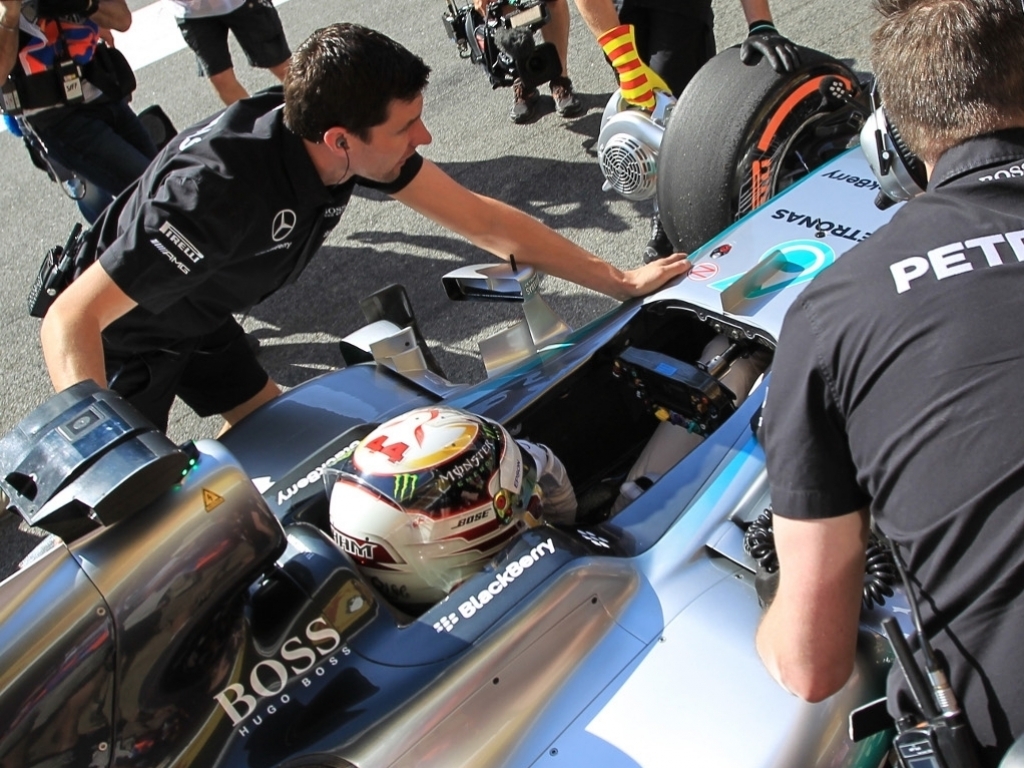 Having lost to Nico Rosberg for the first time this season in Spain, Lewis Hamilton is determined to get back to winning form in Monte Carlo.

Hamilton has been the dominant force this season, winning three of the first four grands prix to extend his lead in the Championship to 27 points over team-mate Nico Rosberg.

The German fought back in Spain, taking pole position and the victory to reduce Hamilton's lead to 20 points.

But what he also did with that victory was reinvigorate Hamilton.

Asked if losing to Rosberg in Spain had left him more excited for Monaco, the British racer told Sky Sports: "I really am – more than ever actually. I know that I can rectify things in the next race, which I plan to do.

"I've not won that race for a long, long time – I've only won it once – so this is going to be my third chance with this great team and with a great car. So hopefully third time lucky."

Hamilton has had other chances to win the prestigious Monte Carlo street race but to date has only managed it once, back in 2008 while racing for McLaren.

He added: "Naturally Monaco is the race everyone wants to win. I've literally lost three opportunities that I've had – maybe four – over my career with the car to do it. So I've had five opportunities, I've won one."

As to be expected Hamilton was asked about last year's fiasco with his team-mate.

First out on track, Rosberg was sitting on provisional pole when he made a mistake that guaranteed him the position.

Hamilton accused his team-mate of deliberately running off the track, something Rosberg steadfastly denied.

Asked about that incident, Hamilton said: "To be honest, I don't really remember too much about it. But naturally back then there were a couple of incidents through the year which were difficult.

"But you take the rough with the smooth and I think I bounced back from them pretty well."