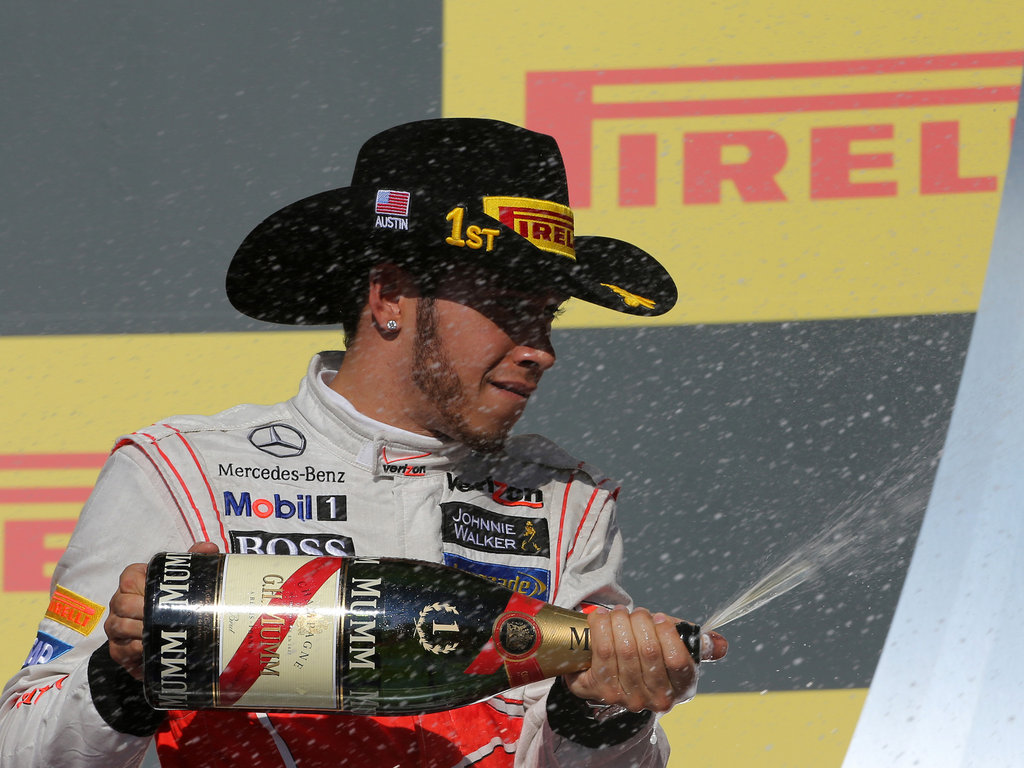 Lewis Hamilton is adamant that Formula One will eventually win over the skeptical supporters in the USA.

Like many sporting events, its ultimate success is likely to be determined by its attendance figures in the second year, after the novelty factor that is often associated with a new event had worn off.

If, however, spectator numbers remain high in Texas this weekend, officials at the Circuit of the Americas will start believing that F1 has a future in the country.

“I feel like it [Formula One] can grow [in America],” Hamilton, who won in Austin last year, said.

“The more I go to the States, the more I meet people who are crazy-passionate about it. I’d say more people than we probably realise love the sport.

“Obviously, most have grown up with NASCAR, with F1 new to many US motorsport fans, so it could take some time.

“But its popularity will grow and it will succeed in America.”

Since Sebastian Vettel and Red Bull have already been crowned the Drivers’ and Constructors’ Championship winners in 2013, only the minor places on the standings are still being jostled for, but Hamilton is happy to back at the scene where he recorded his “best” win for McLaren.

“I generally love being in the States,” the 2008 World Champion added..

“I first went there when I was eight years old and having seen it – New York in particular – on TV and in so many movies, it felt like walking on to a film set. It really was amazing.

“Lots of places say it, but in America everything really is bigger and better – cars, food, everything!

“To be honest, I have not had a bad experience there, especially in terms of interaction with the people who are so welcoming to me.

“As for Austin, the weekend was so fantastic and the city was so vibrant, so I’m really looking forward to returning.”

“I’ll admit I was a little skeptical at the beginning,” said Hamilton when asked about his feelings for the track itself.

“But I got used to the track quickly and I have to say the sequence of fast corners at the start of the lap is very cool.

“It ended up being one of those perfect weekends really, with my best memory that of hunting down Sebastian, catching him and overtaking him to become the first winner of the US Grand Prix in Austin.

“Now I am looking forward to seeing if I can hold on to my title. It is extra special to me as it is the first new track where I have my name tagged to it for the first win.

“That is something that will go down in F1 history.”