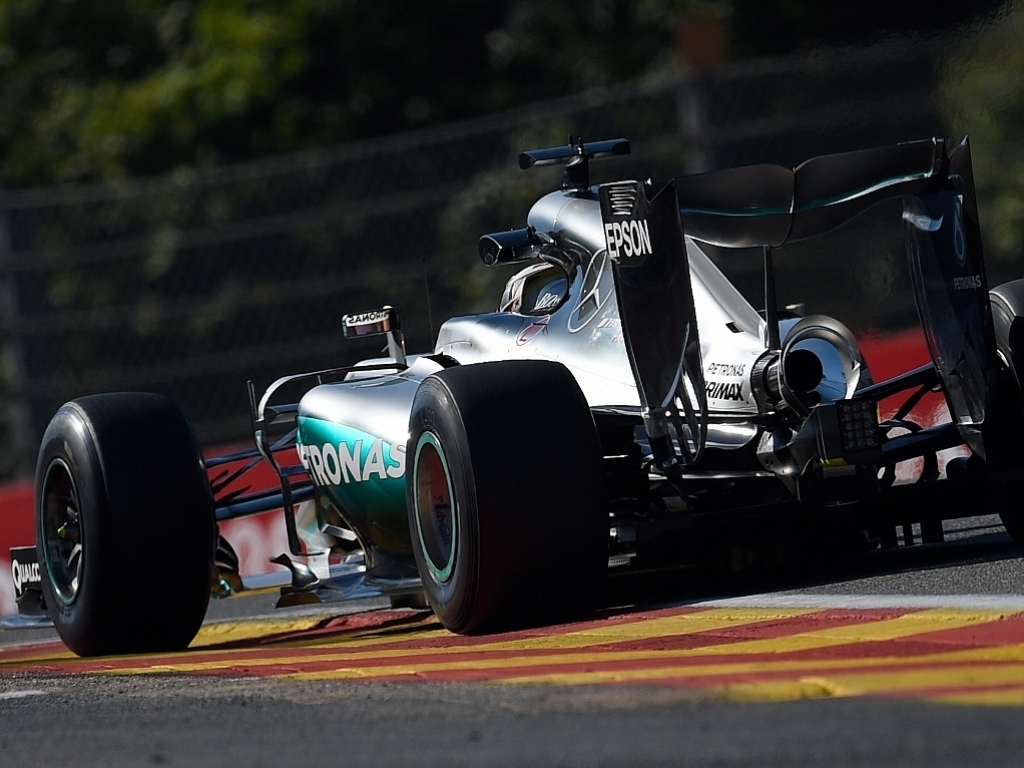 Lewis Hamilton believes tyres will be key in the Belgian Grand Prix as he tries to race from the back of the grid into the points, or even onto the podium.

The reigning World Champion will start Sunday's 44-lap race from the very back of the grid after incurring a 55-place penalty for changing his engine no fewer than three times this weekend.

With that in mind Hamilton did not even try to fight for pole position in qualifying, instead putting in a single slow run.

But with warmer than expected weather, and high tyre pressures from Pirelli, Hamilton admits his chances of fighting his way through the field on Sunday could be undone by tyre wear.

"Firstly these guys [Mercedes] have done an incredible job," he said.

"Now I have three engines, and a 55-place penalty.

"The key today is it is so hot and these tyres aren't lasting.

"Mainly because they [Pirelli] are nervous about what happened last year with Vettel's car so they pumped them up.

"They are bubbling, blistering and they are not lasting long.

"Tomorrow is going to be the hardest day to come through but I'll give it everything."

Asked whether he can bring himself back into contention, he said: "I want to get as high up as I can but it will be hard bearing in mind the temperatures.

"It is not going to be a smooth sailing, could be lots of pits stops."