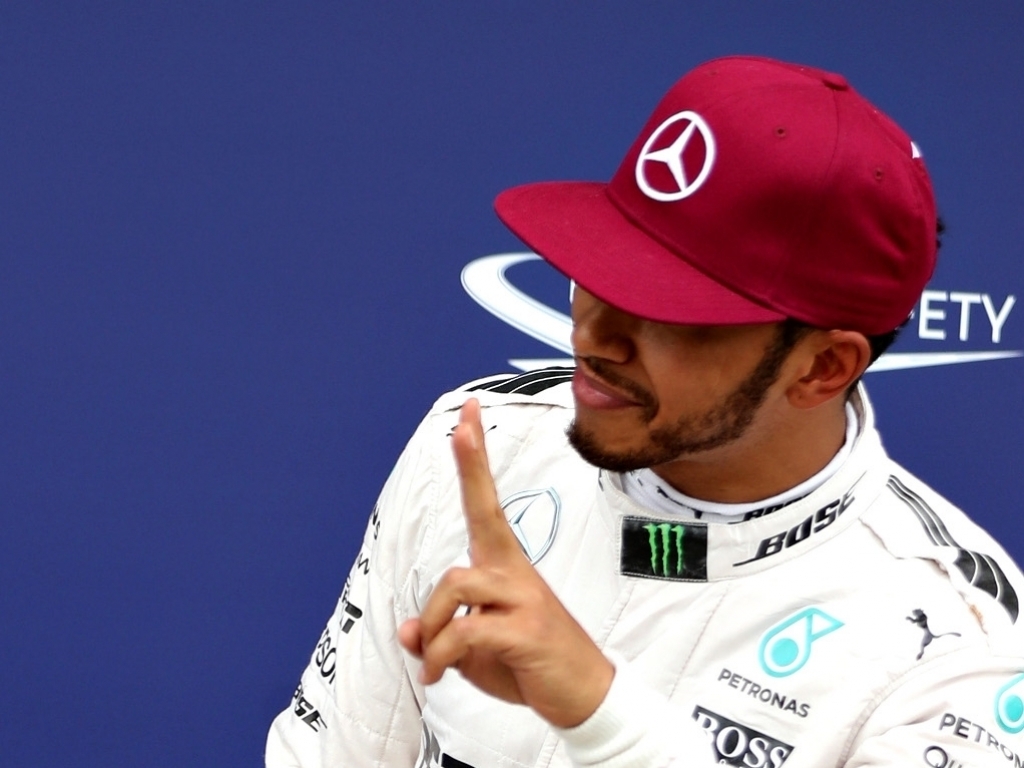 Despite heading a Mercedes 1-2 on the Canadian GP grid, Lewis Hamilton admits he is wary of Ferrari’s improved pace.

Hamilton claimed pole position for Sunday’s 70-lap race, laying down a 1:12.812 in qualifying at the Circuit Gilles Villeneuve.

He was closely dogged by his team-mate Nico Rosberg, who was 0.062s off the pace, while Sebastian Vettel finished third, 0.178s down.

However it is Ferrari’s race-pace that the World Champion admits could be a problem for Mercedes come Sunday afternoon.

“Ferrari have obviously picked up the pace with the upgrades they’ve got in their car,” said the British racer.

“This is a great track to test the ultimate speed so we’re excited to have the race with them.

“I think it should be exciting for the fans, I think their long runs look very strong.

“I don’t know if they were stronger than ours but we shall see tomorrow.”

But with rain forecast for Sunday – there is a 50 percent chance of showers during the grand prix – the form books could be thrown out.

“The weather will play a key role,” Hamilton admitted. “If it rains it will be much tougher, but if it’s dry then it’s just about looking after the tyres.”