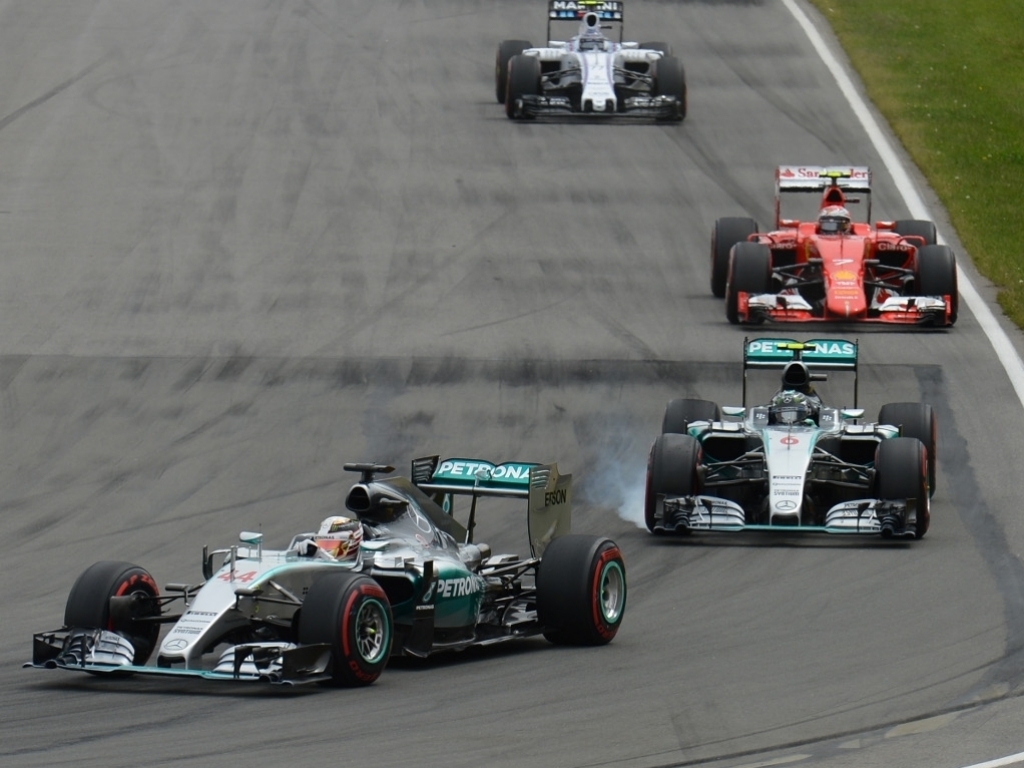 Mercedes may have dominated at the Canadian GP, but Lewis Hamilton has warned that "we didn't really get to see Ferrari's true pace" in Montreal.

In an attempt to close the gap to Merc in terms of their power unit, the Prancing Horse used three of their 10 in-season development tokens in the build-up to the race.

However, after initially showing good pace during the long runs in practice, Sebastian Vettel fell away during qualifying as an electronics issue saw him lose power during Q1.

Kimi Raikkonen qualified P3, but his race was compromised by a spin on his outlap after his pit stop, and he ended up fourth behind the two Mercs and Valtteri Bottas from Williams.

Asked if his team can be more relaxed in the fight for title after Ferrari failed to close the gap at Circuit Gilles Villeneuve, Hamilton replied: "I think it’s pretty much impossible for you to come to that conclusion because Kimi spun so we didn’t really get to see his true pace in the race.

"Maybe at the beginning of the race he wasn’t with us and also Sebastian wasn’t there and obviously Sebastian has generally been the quicker of the two so far this season so we didn’t really get to see Ferrari’s true pace this weekend, I think, and in the next race we will."

Nico Rosberg, though, is delighted that Merc are still ahead and says they are determined to stay there.

"Well, great to see how we’re continuing to push on with the development and everything," the German said.

"Even though Ferrari is throwing everything at it we seem to be keeping our advantage so that’s really great to see and a fantastic job from the team.

Meanwhile, Hamilton and Rosberg were both told to save fuel during the race and the Championship leader admits it's "frustrating" and added that he would welcome the return of refuelling.

"Definitely frustrating to have to lift and coast. If you had to be pushing, pushing the whole way… You remember what it was like. These days physically I wasn't suffering too much," he said.

"If you had fuel stops – like they are hopefully going to do – you could push the whole race."