Home Uncategorized Hamilton was on a ‘knife edge’ 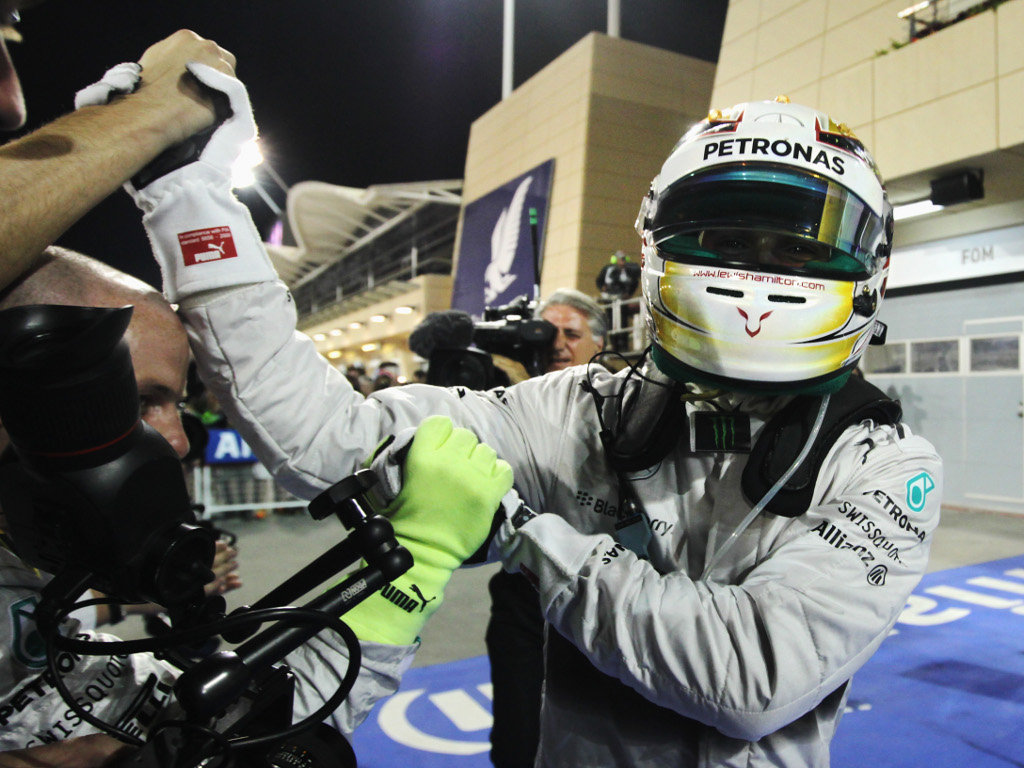 Lewis Hamilton was relieved to take the chequered flag ahead of Nico Rosberg in Bahrain having triumphed in an “exciting” battle with his team-mate….

Lewis Hamilton was relieved to take the chequered flag ahead of Nico Rosberg in Bahrain having triumphed in an “exciting” battle with his team-mate.

With Mercedes holding a massive advantage over the chasing field, it was up to Hamilton and Rosberg to put on a show at the Sakhir circuit and that is exactly what they did.

Racing wheel to wheel at the start, Hamilton edged ahead only for Rosberg to come back him just before the first round of pit stops.

Again Hamilton held on but faced even more pressure in the final ten laps of the grand prix after the Safety Car had negated his lead.

Rosberg challenged his team-mate all the way to the finish line, even pulling ahead on occasions.

However, after 57 thrilling laps it was Hamilton who emerged victorious by just one second.

“Nico drove fantastically well throughout the race. It was so fair but it was so hard to keep him behind me.

“I was on a real knife edge the whole time so it was a great relief to manage it.”

As for Rosberg, the 28-year-old claims Sunday night’s Bahrain GP was the “most exciting” of his racing career.

“I strongly dislike coming second to Lewis, it’s not something I enjoy doing,” he admitted.

“I have to say that but it was definitely the most exciting race I have ever raced in my whole career.”

He added: “Today was a day for the sport, we put on a massive show as Team Silver Arrows.”