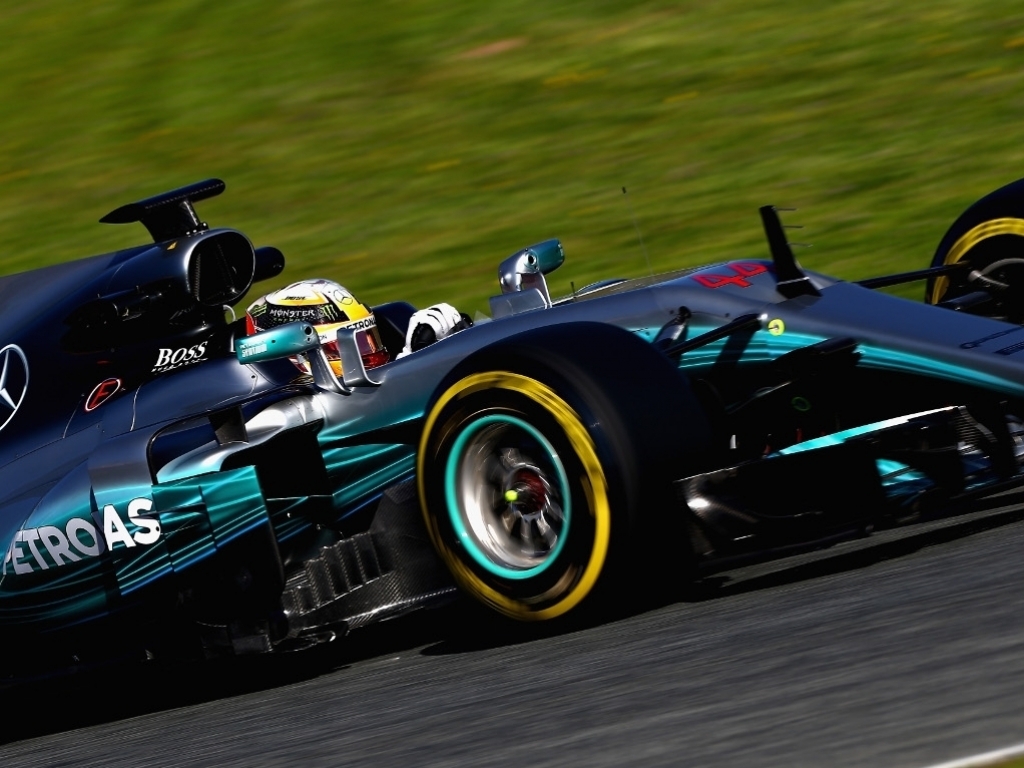 Returning to the test arena on Tuesday, Lewis Hamilton admitted that he was “not particularly excited” after a troublesome morning.

The British racer covered just 49 laps of the Circuit de Catalunya in Tuesday morning before handing the W08 over to his team-mate Valtteri Bottas.

It wasn’t, however, a normal morning of testing for Mercedes.

Suffering with tyre degradation on the hottest day of testing to date, as well as a damaged floor, Hamilton finished third on the timesheets behind Williams’ Felipe Massa and Red Bull’s Daniel Ricciardo.

“It wasn’t feeling great today, but that’s just with set-up and it’s quite hot today as well so tyres degrading and things like that,” he told Sky Sports News HQ.

“And we had some damage to the floor, but I didn’t have any offs or anything like that, which is a good thing.

“I did see puffs of smoke from other people going off, but I managed to keep it on.

“Just a bit of an awkward balance today and I think the temperatures are a bit higher today, so it’s harder on the tyres.

“Perhaps not having the car really in the window, but also having damage to the floor meant there was good corners and not-so-good corners.”

With Tuesday’s running marking the start of the final pre-season outing, Hamilton revealed he wasn’t feeling particularly happy about the situation.

He added: “I’m not particularly excited at the moment, just because it’s the first day of week two and I didn’t get a lot of running this morning, so I’m looking to the next couple of days.”