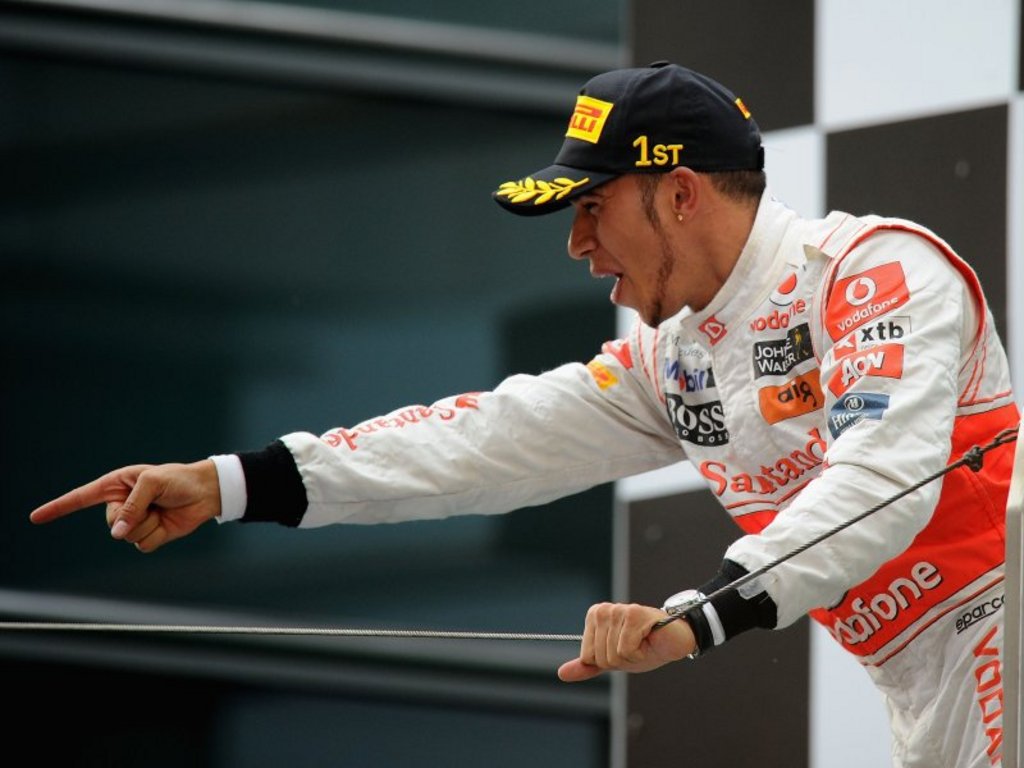 Lewis Hamilton has warned all at McLaren the fight for the title has only started, despite the “miracles” they have performed in recent weeks…

Lewis Hamilton has warned all at McLaren the fight for the World title has only just started, despite the “miracles” they have performed in recent weeks.

Hamilton chalked up his first victory in nine grands prix at the weekend in taking the chequered flag in China, ending Sebastian Vettel’s winning run.

It was a triumph Hamilton hailed as amongst the top three of his 15 career wins, given the strategy employed and the number of overtaking manoeuvres the 26-year-old conjured up.

In passing Vettel four laps from home to claim the win, Hamilton has now cut the gap to the 23-year-old at the top of the standings to 21 points.

More than anything, after Vettel’s perfect start to the defence of his crown with Red Bull, it has fuelled belief he can be beaten.

With the next race not until May 8 in Istanbul when the European season begins in earnest, Hamilton admits the Championship battle is now nicely set up.

“We needed this win,” said Hamilton.

“Looking back at the last few weeks, we’ve done something incredible at this team.

“To have turned the car around and made it a winner, we’ve never done something that big in such a short space of time.

“I take my hat off to everybody back at the MTC (McLaren Technology Centre) once again. They’ve performed miracles, but we can’t sit still.

“We’ve still more work to do to be able to match Red Bull.

“Don’t get me wrong, what we’ve done has been incredible. But we need to go into the Turkish Grand Prix with more upgrades and improvements if we’re to continue fighting at the front, and we know that other teams won’t be standing still either.

“So although the win is the perfect way to head back to Europe and prepare for Istanbul, this is just the start of the fight.”

Despite his pit-stop gaffe in Shanghai when he pulled into the Red Bull box for a change of tyres, Hamilton’s team-mate Jenson Button has admitted to being reasonably satisfied with the first leg of the season.

Button has so far finished sixth, second and fourth in the three grands prix to lie third in the standings, 30 points behind Vettel.

But it is in qualifying where Button gleans satisfaction, an area where the 31-year-old struggled towards the end of last year and what hampered his title challenge.

In Shanghai, Button out-qualified Hamilton for only the fourth time in the last 18 races.

“On a personal level I’ve been really pleased with my qualifying pace,” said Button.

“Before the season I said it was one of my aims to improve that, and I’ve been pretty satisfied with how things have worked out over the first three races.

“Apart from Mark’s (Webber) race in China, I think we’ve seen that it’s difficult to make up ground if you’re not right at the front because you’re really at the mercy of a lot of other cars and their strategies.

“So getting quali right is crucial, and we seem to be heading in the right direction.”