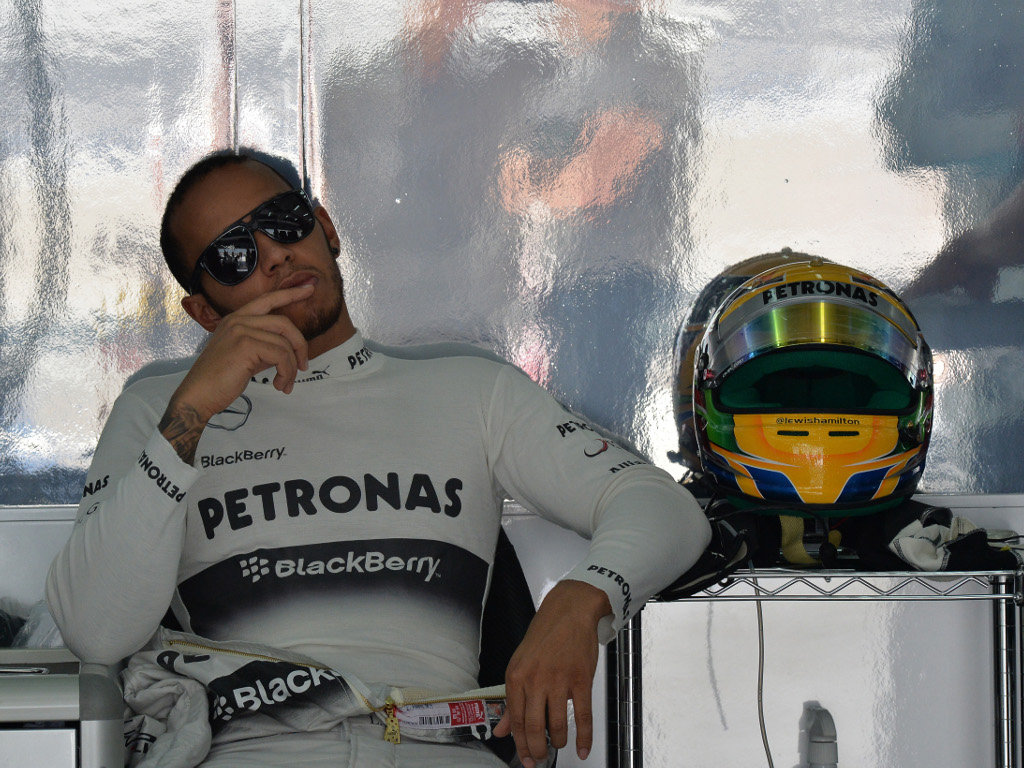 Lewis Hamilton has weighed in on McLaren’s “good battle” in Bahrain, praising Martin Whitmarsh for refusing to get involved…

Lewis Hamilton has weighed in on McLaren’s “good battle” in Bahrain, praising Martin Whitmarsh for refusing to get involved.

While Mercedes demonstrated in Malaysia earlier this year – and in Hamilton’s favour – that they are not opposed to issuing team orders, McLaren proved in Bahrain that they are.

Jenson Button and Sergio Perez went at it tooth-and-nail several times during the 57-lap race which resulted in Perez breaking his front endplates before later being pushed off the track by Button.

And although the Brit later slated Perez for his “dangerous” driving, Hamilton reckons it was good to see the team-mates being free to race each other.

“They had a good battle,” the Mercedes driver told The Sun. “That’s the good thing about Martin, he allows his drivers to race.

“That’s what he has always done from the time that I was there. He doesn’t change in that respect.

“As long as we are all racing together, effectively and with respect for one another, it’s not a concern for me.

“We’re there to race, we just have to remember what is best for our teams and take care that we don’t take each other out.”

Hamilton finished the Bahrain GP in fifth place, continuing his perfect run of points-scoring finishes for this season.

However, the P5 meant that the 28-year-old lost ground to Sebastian Vettel in the Drivers’ Championship as the Red Bull racer put in a flawless performance on his way to a dominant victory.

Hamilton, though, has warned Vettel that it won’t always be as easy as it was around the Sakhir circuit.

“Seb always seems to win in Bahrain, so that was no real surprise for us.

“I don’t think it will be the same for Seb in all the races plus Red Bull have seemed to struggle in some qualifying sessions.

“The Bahrain GP could turn out to be one of the worst grands prix for us because we had a lot of problems with the car.

“We were on the back foot all weekend, so to come away with a fifth place when I started in ninth, was really pleasing.

“I turned a negative into a positive and now had two thirds and two fifths. When I was joining a new team, I thought it would be a lot worse than that.”