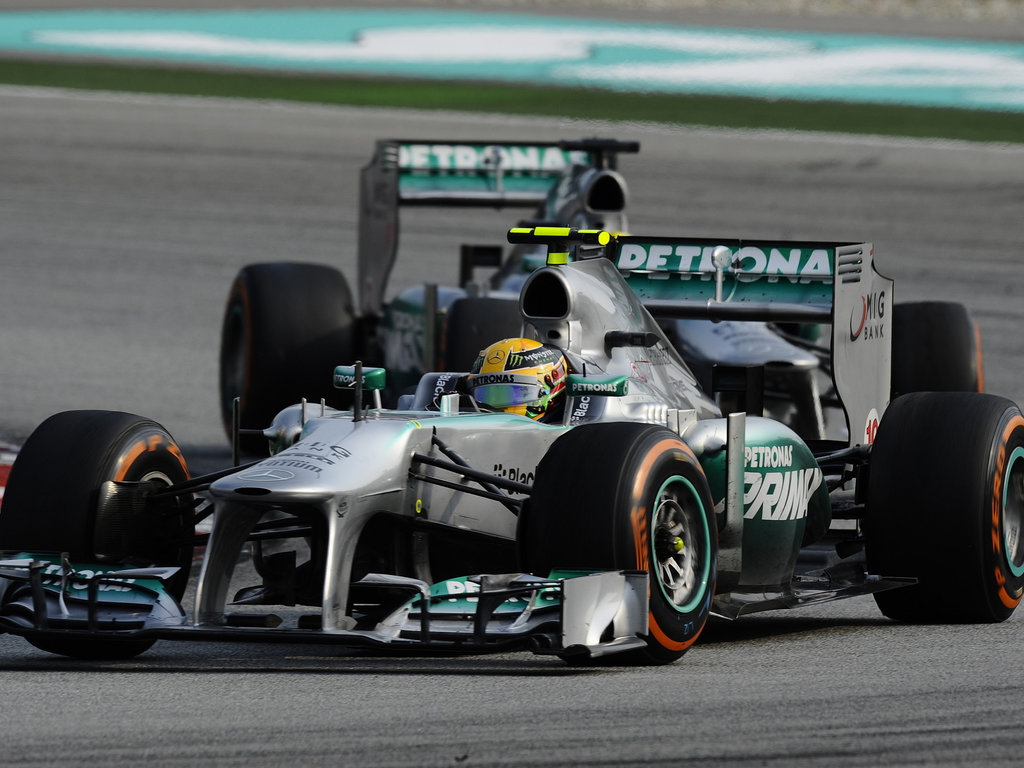 Lewis Hamilton believes that Mercedes’ strong showing at the Malaysian Grand Prix has underlined their standing as Red Bull’s number one challenger.

Hamilton finished the race in third behind the Red Bull duo of Sebastian Vettel and Mark Webber, with his team-mate Nico Rosberg coming home in a strong fourth place.

Buoyed by their showing at Sepang, Hamilton feels that Mercedes have jumped ahead in the list of title challengers.

“We are the second best team,” he told Autosport.

“To be that close – I was competing with the Red Bulls at some stages in the race – and to be in that position is a great feeling.

“I think this [Malaysia] proves that if we keep going in the direction we are heading, then there’s a possibility that we could win a race at some stage this year,” he added.

The Briton believes that the team could have performed even better had they got their fuel strategy right.

“Unfortunately, we didn’t have enough fuel in the car, more so my side,” he explained.

“I was fuel-saving from lap 25 and it was very much an impossible task to challenge those up ahead.

“I was fuel saving at the end like you would not believe: I was coasting everywhere.

“I’m sure if we were all on the same fuel it would have been a different situation, so I’m confident about that.”