Home Uncategorized Hamilton: What a race 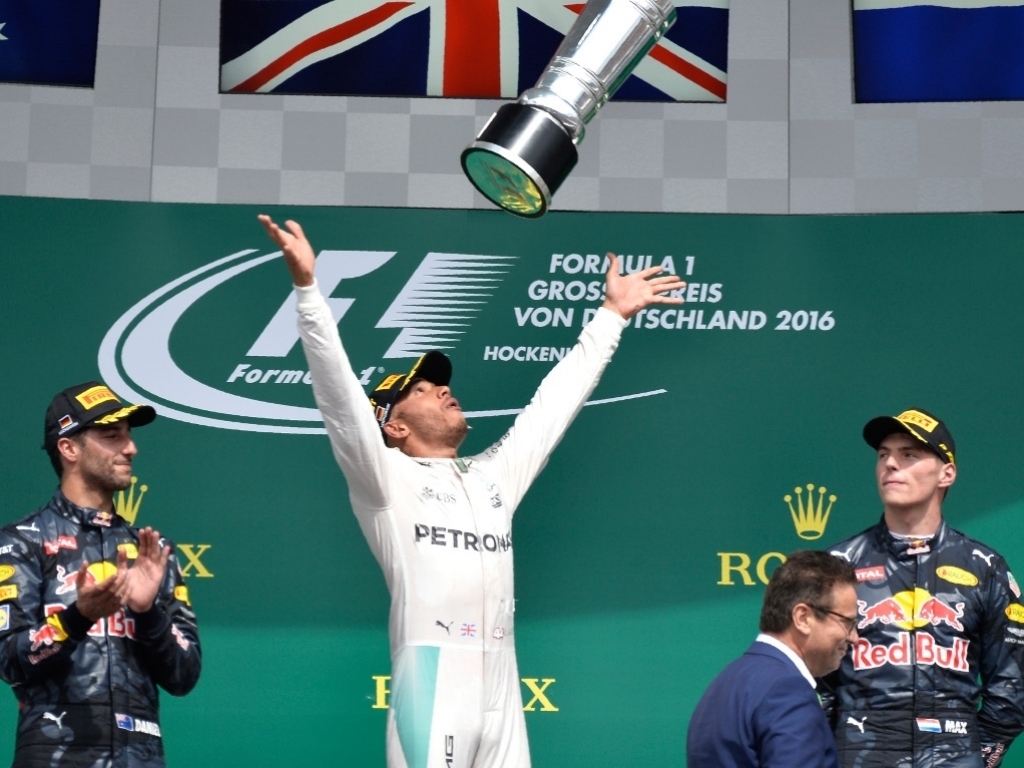 Lewis Hamilton pulled clear of Nico Rosberg in the title race as he made a clean-sweep of July’s F1 races with victory at the Hockenheimring on Sunday.

The Brit was disappointed after a scruffy lap in qualifying cost him a possible shot at pole position.

However, he put that behind him on Sunday to storm into the lead off the line with the Red Bulls putting a buffer between himself and team-mate Nico Rosberg.

Despite three-stopping, the Brit never one relinquished the lead and claimed his first German GP victory for the Mercedes works team.

“What a race,” Hamilton said.

“Yesterday [I qualified in] second place, but I got a great start, my engineers did a fantastic job, the balance was amazing.

“It was just about keeping it cool and looking after the engine.

“I’m just so happy that I can be up here for Mercedes-Benz who I’ve been with since I was 13, so this is a very proud position for me to be in.

“A big thank you to the team who did an amazing job.”

Asked about his change of attitude, which went from extremely glum after qualifying to joyful on Sunday, the Brit said he was happy to put an error-free day.

He explained: “Today I didn’t make any mistakes, so in my heart I’m happy with what I did today.

“I came to do a job. Yesterday wasn’t perfect but you learn from those things.

“Today was really a show of looking at the glass half-full, and filling it up.”

Hamilton also touched on his start, undoubtedly his best in a season where starts have been his Achilles Heal.

“We have worked very hard on the starts. It’s been up and down, that’s just the way these new clutches are.

“We just worked on consistency and being precise on the procedure and it’s been spot on at the last two races. Today was the best one.”

Hamilton’s victory, his sixth of this season, has pushed his lead in the Drivers’ Championship up to 19 points over Rosberg.