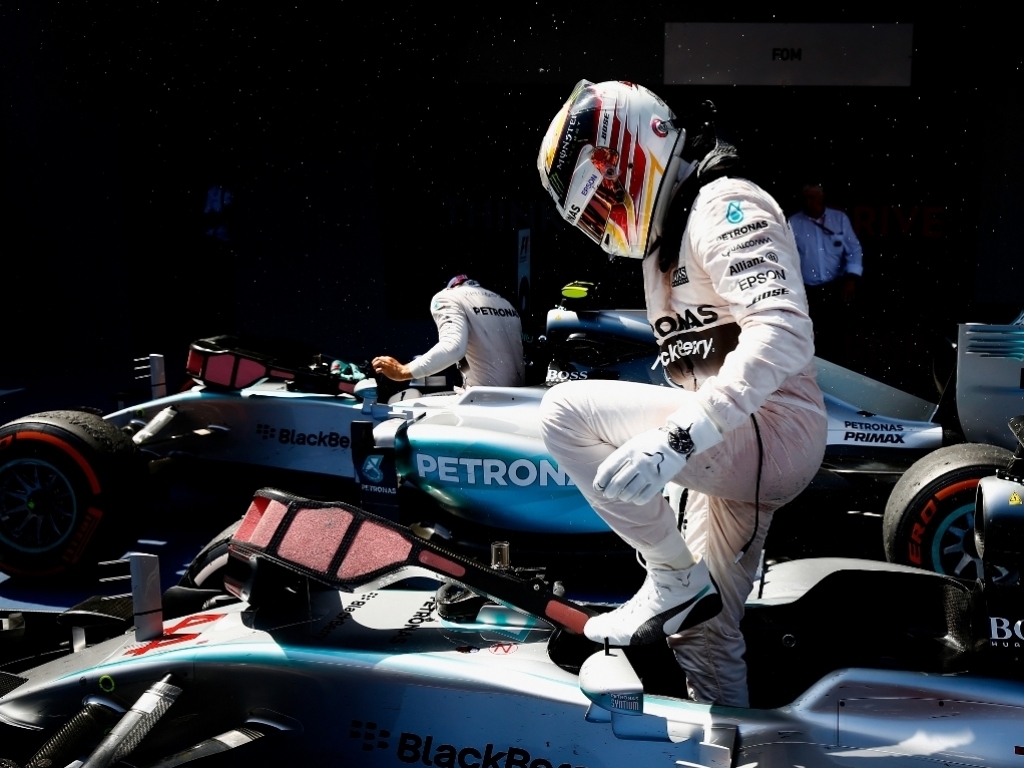 Lewis Hamilton says he'll "definitely be making sure" he's never again told to hold position after being told to "consolidate" his P2 in Spain.

The British racer spent most of his Sunday afternoon trailing the Ferrari of Sebastian Vettel.

However, once his three-stop strategy saw him leapfrog the German, Hamilton began to hunt down his team-mate Nico Rosberg for the race victory.

Asking the team if it was "impossible to catch" Rosberg, the World Champion was told "we should just consolidate the position."

Hamilton was not happy about hearing that.

"It's not nice for a driver ever to hear that," he said on Sunday night. "I'm here to race; I'm not here to finish second, so naturally I ignored that."

The Brit continued to push hard, forcing Rosberg to do the same.

But once he realised the task was fruitless, he backed off to cross the line 17 seconds behind his team-mate.

"I was really putting the car on the edge and when I realised that I had seven laps to go and there was still 13 seconds and I was only 0.7s per lap faster, I had to take the smart approach and bring the car home.

"But, still, it's not something you want to hear. So I'll definitely be making sure that that's not said again."

Hamilton heads into the next race, the Monaco Grand Prix, with a 20-point lead over Rosberg in the Drivers' Championship.