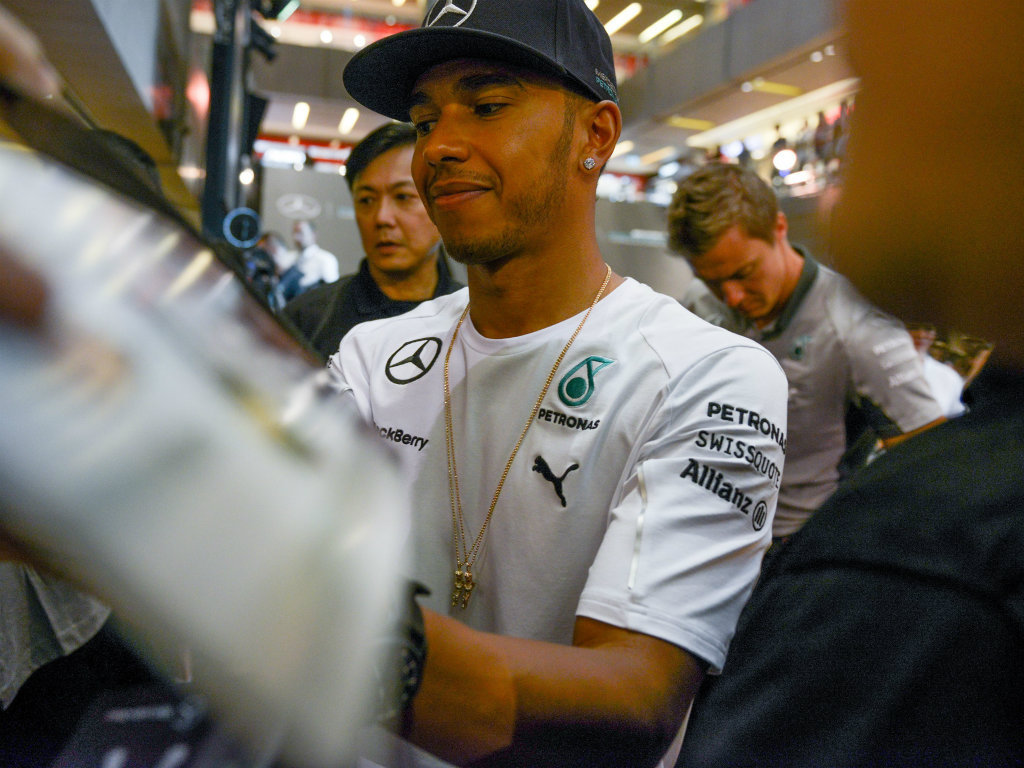 Despite now being the one hunted in the title race, Lewis Hamilton says he’ll race “as hard, if not harder” in the final races as he’s still “hunting” the title…

Despite now being the one hunted in the title race, Lewis Hamilton says he’ll race “as hard, if not harder” in the final races as he’s still “hunting” the title.

Last Sunday in Singapore, there was a change at the top of the drivers’ standings as a retirement for Nico Rosberg and a victory for Hamilton saw the latter overturn a 22-point deficit to lead by three.

It is only the second time this season that Hamilton has been on the top of the Championship table having previously held the position after his Spanish win.

However, one race later, Monaco, he finished second to Rosberg out on track and also dropped behind the German in the standings.

As such, Hamilton is well aware that his three-point lead does not count for much and has vowed to continue hunting despite now being the hunted.

“Nothing changes,” the 29-year-old claimed.

“I have believed, since the time I started training for this season, that I can win the World Championship this year.

“And with a great car like this, even with some of the difficulties I’ve had, you know you are still within shooting range.

“You have to keep that positivity, belief and hope – hope is one of the most powerful things in the world – and I carry that with me each weekend.

“I haven’t lost that vision or that dream, that’s still there, and I didn’t leave Singapore thinking the title is more of a possibility.

“In my mind I’m still hunting for it and I’ve got to go just as hard, if not harder, over these final races. I’ve just got to keep going.”