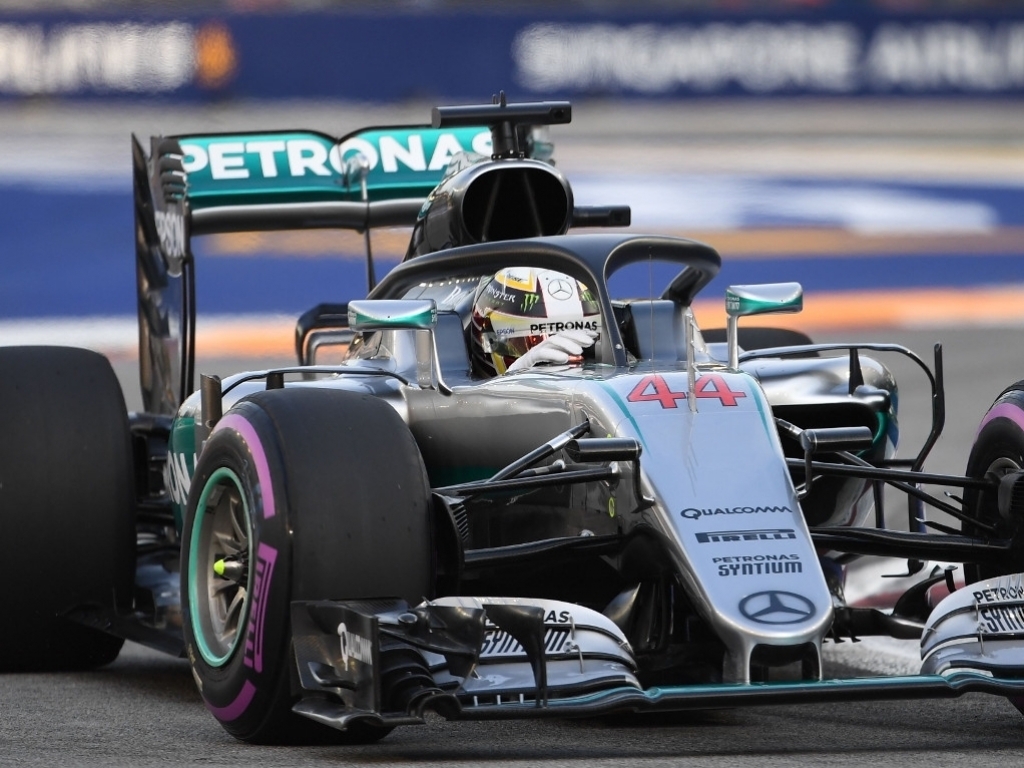 Such was Lewis Hamilton's positive impression of Halo that the Brit says he would run it for the remainder of the Singapore weekend if he could.

The Mercedes driver was one of Halo's harshest critics when Formula 1 first began to take steps toward cockpit protection.

However, after watching an FIA presentation, he conceded that safety is paramount.

"If there is any way to make it look a little bit better then fine, but if not then it's a safety thing which we have to accept," he said in July.

And although the FIA decided to delay the introduction of Halo – or any other cockpit protection device – until 2018, teams have been trialing it recent free practice sessions.

Hamilton was the latest to do so in Singapore, putting in several flying laps and revealing he would keep it on his W07 if permitted to do so.

"Apart from getting in, which is a lot different, I don't really notice much difference," the Championship leader told reporters.

"It was blocking a little bit the view of my mirrors, looking backwards, but otherwise I don't even notice it.

"I could run it this weekend no problem, if they allowed it."