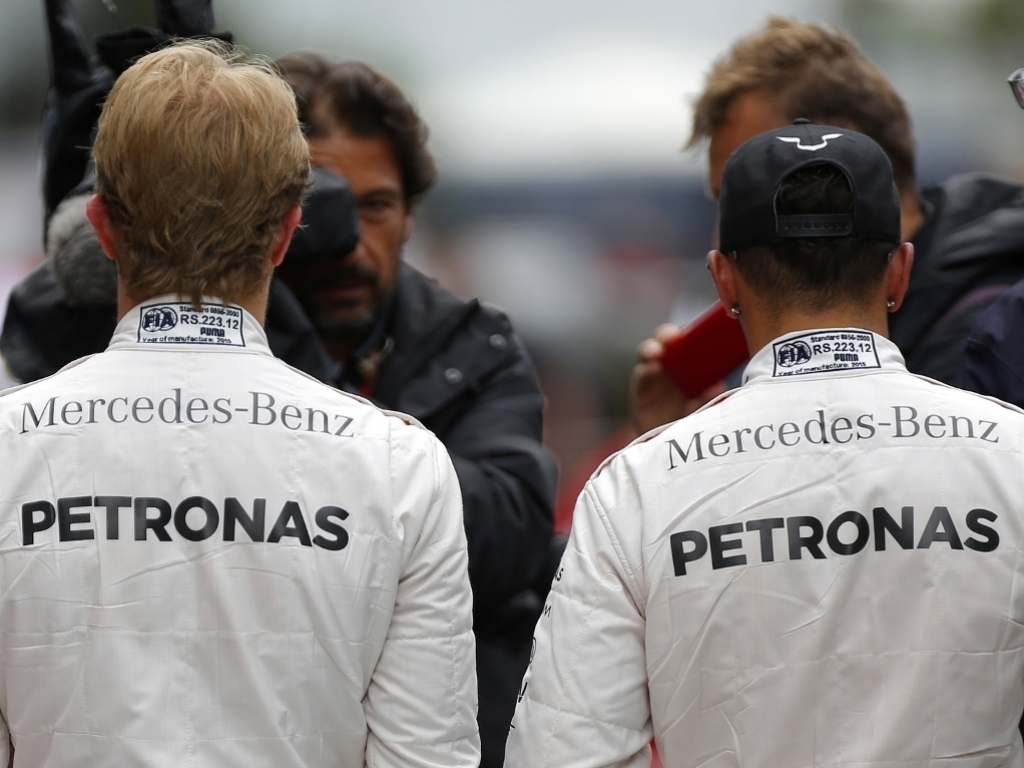 Although he acknowledges that it is his team-mate he should want to win the title if he can't, Lewis Hamilton has revealed that's "not really" how he feels.

Last season the duo were involved in a tense all the way to the very end of the campaign as the Mercedes team-mates fought for the Drivers' Championship title with Hamilton coming out tops.

This year, although it initially appeared as if he could romp away to a third crown, Rosberg has upped the pace in recent weeks.

Winning three of the last four grands prix the German is now just 10 points behind Hamilton and Formula 1 is once again on track for a thrilling battle for the title.

However, if he can't add a third crown to his tally, Hamilton has revealed he would rather a driver from a rival team take the top spot.

"It's a difficult one," he admitted on the Graham Norton Show. "You are a team and the job is for both drivers to get points to win the Championships.

"But, individually, we both want to win so we want to beat each other.

"I'm supposed to say that if I don't win, I want my team-mate to win, but it's not really the case."

That, though, is not Hamilton's only etiquette slip up.

The Brit also revealed that during a Royal luncheon party he was given a lesson in protocol by the Queen.

"I got invited to a lunch and was sitting next to The Queen," he said.

"I was excited and started to talk to her but she said, pointing to my left, 'No, you speak that way first and I'll speak this way and then I'll come back to you.'

"She is a sweet woman and we talked about how she spends her weekends, houses and music. She is really cool."