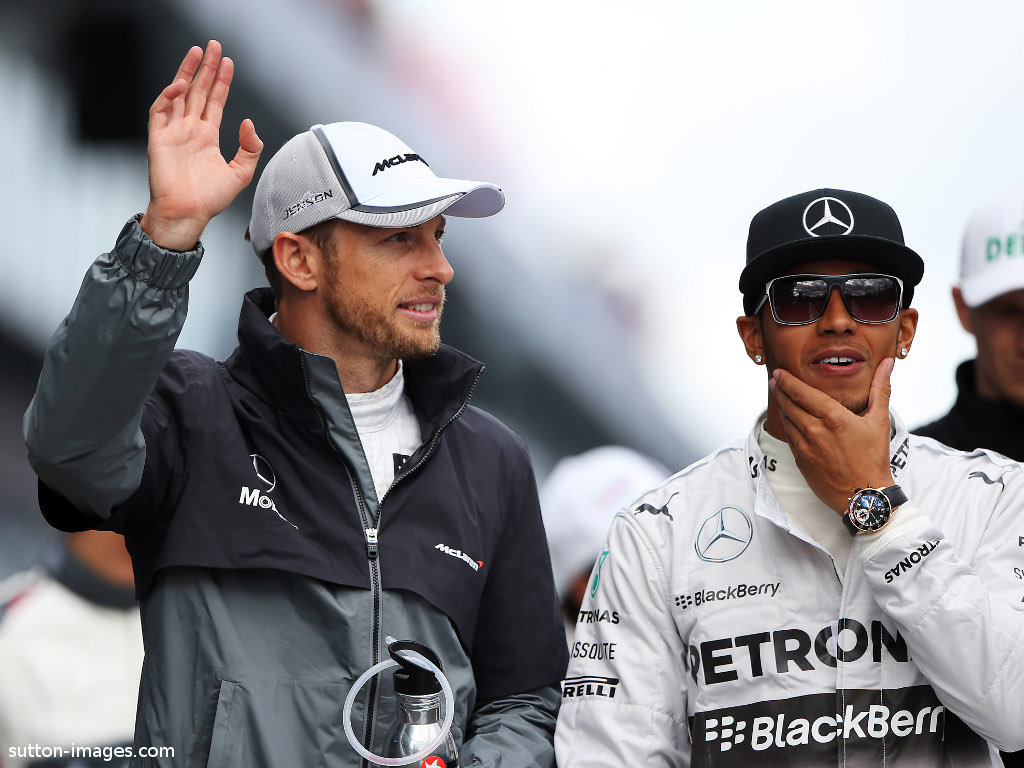 Lewis Hamilton has hailed Jenson Button’s longevity and his drive as the McLaren man gears up for his 250th grand prix start.

This weekend in Bahrain Button will join an exclusive club of just four other drivers when he lines up on the grid for the 250th time in his 15-year F1 career.

The only other drivers who have reached that milestone are Rubens Barrichello with 322 starts, Michael Schumacher (307), Riccardo Patrese (256) and Jarno Trulli (252).

Speaking about his former McLaren team-mate Hamilton said: “I have a huge amount of respect for Jenson, watching him come back every year, to have that motivation, because as you get older it gets harder.

“Yet every year he is on it, focused, and especially this year as his dad’s not with him, who has been with him all these years.

“Even so, he is still there, still working away, and I take my hat off to him. He’s a great athlete.

“I can only hope and dream I get to have as long and as successful a career as he has had.”

Meanwhile, Button says he will head into Sunday’s grand prix motivated by the words of his late father John ringing in his ears.

“The nicest thing anyone ever said to me came from my dad,” said the 34-year-old.

“He said: ‘You might not be the quickest driver in the world, but you’re the best’. Those words meant a lot, and they still do.

“Overall, I’m very happy with my career, even though there have been highs and lows.

“One of the things I’m most proud of is the way I’ve stacked up against my team-mates.

“I’ve had 10 of them in 15 seasons, so I’ve needed to prove myself to the new guy sat beside me virtually every year.

“It’s a very funny sport in that respect because even after everything you’ve achieved, you’ve still got to prove yourself time and again.”