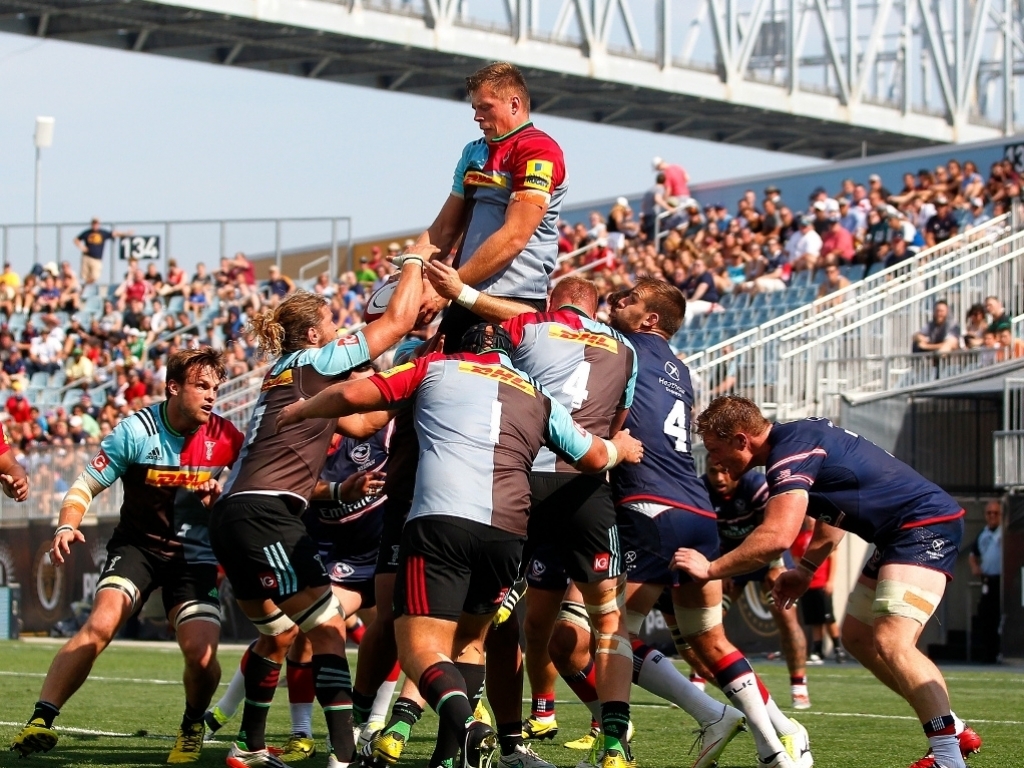 The USA's World Cup preparations suffered a setback when they suffered a 24-19 loss to Harlequins in Philadelphia on Sunday.

Harlequins, who used this clash as their first pre-season friendly, outscored their hosts by three tries to two with Luke Wallace leading the charge for the English side with a brace of tries.

Karl Dickson also crossed the whitewash for Quins and the Eagles' tries were scored by Thretton Palamo and Folau Niua.

The sunny conditions made for a fast-paced match and Quins' ball in hand approach eventually secured them a deserved win although they had to dig deep after trailing 11-0 after the opening quarter.

This after AJ MacGinty slotted two early penalties and the Eagles exploited an overlap in Quins' defence which allowed Palamo to cross for the opening try.

The visitors responded in style when Dickson sold the defence a dummy before barging over for his side's first try. Nick Evans added the extras and shortly before half-time Quins doubled their lead when Wallace scored his first try from the back of a line-out drive close to the USA's tryline.

The second half was more subdued and the hosts drew level at 14-14 on the hour mark when Folau Niua added his side's third penalty. Wallace then scored his second try, after another rolling maul from a line-out on the USA's tryline and Ben Botica added the extras to give the visitors a 21-14 lead.

Botica slotted another penalty inside the final 10 minutes before Zack Test scored a consolation try for the USA after forwards and backs combined in the build-up.

The USA are 1000/1 outsiders to win the Rugby World Cup with BetBright.