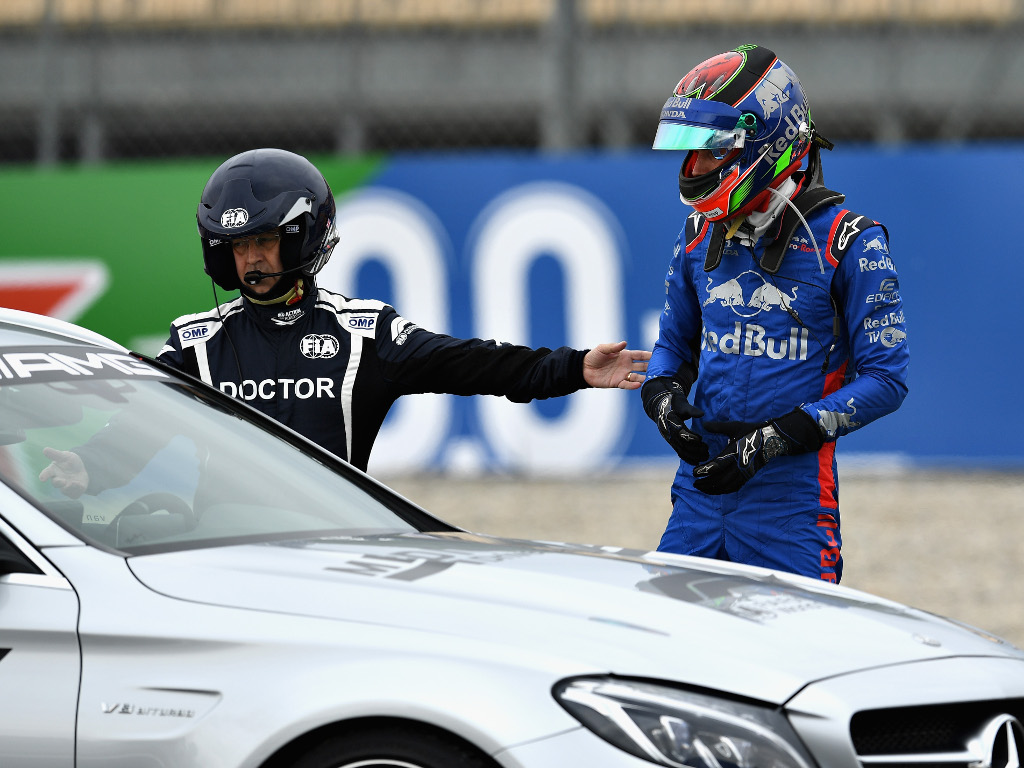 Brendon Hartley has reportedly been cleared to continue racing in Spain but Toro Rosso say his car won’t be ready for qualifying.

The Toro Rosso driver suffered a massive crash in Saturday’s final practice when a small mistake at speed pitched him into a spin.

Hartely ran a bit wide on the run-in to Turn 9, clipped the grass and lost control of his STR13.

The New Zealander spin ended with his car slamming into the Turn 9 barriers.

The rear of the Toro Rosso was destroyed and Hartley was taken to the track’s medical centre for checks.

The good news is that he has been cleared to race, the bad news is that Toro Rosso have revealed that the damage to his car is too severe to be repaired in time for qualifying.

The team are having to change the PU, gearbox and left front suspension.

Hartley will have to ask the stewards for permission to race.