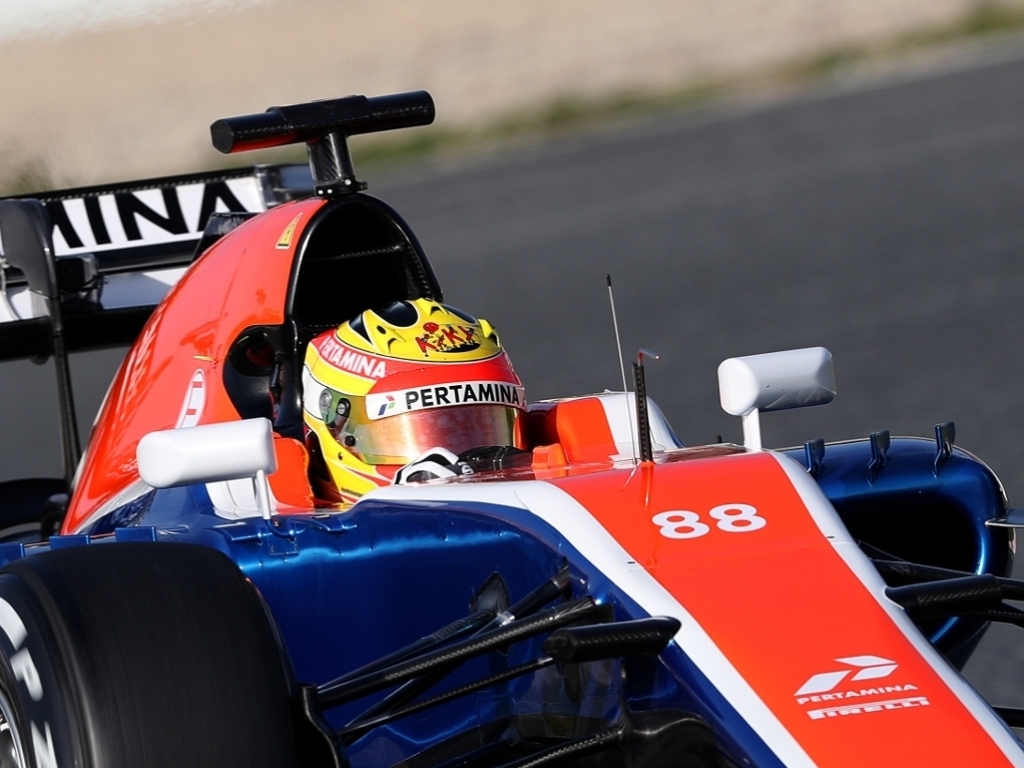 Rio Haryanto admits it was a driver error that put him into the gravel at Turn 5 at the Circuit de Catalunya.

Haryanto's signing last week completed the Formula 1 and days later he was putting in the laps for his new team Manor.

The Indonesian driver managed 77 laps on Wednesday with a best time of 1:28.249.

However his day wasn't without troubles as the former GP2 race winner lost control of his MRT05 at Turn 5 of the Spanish track.

His error brought out the red flags as marshals recovered his car back to the pits.

"I made a small mistake, and that's it really," he said. "There was no damage to the car so we managed to get back going in the afternoon.

"I was pleased at being able to get back out there and we had a productive day.

"We had the most laps by far compared to the first two days with Pascal so that was good for me and the team."

He added: "I’m still learning. I'm still in the learning process and hopefully there’s more to come for tomorrow."