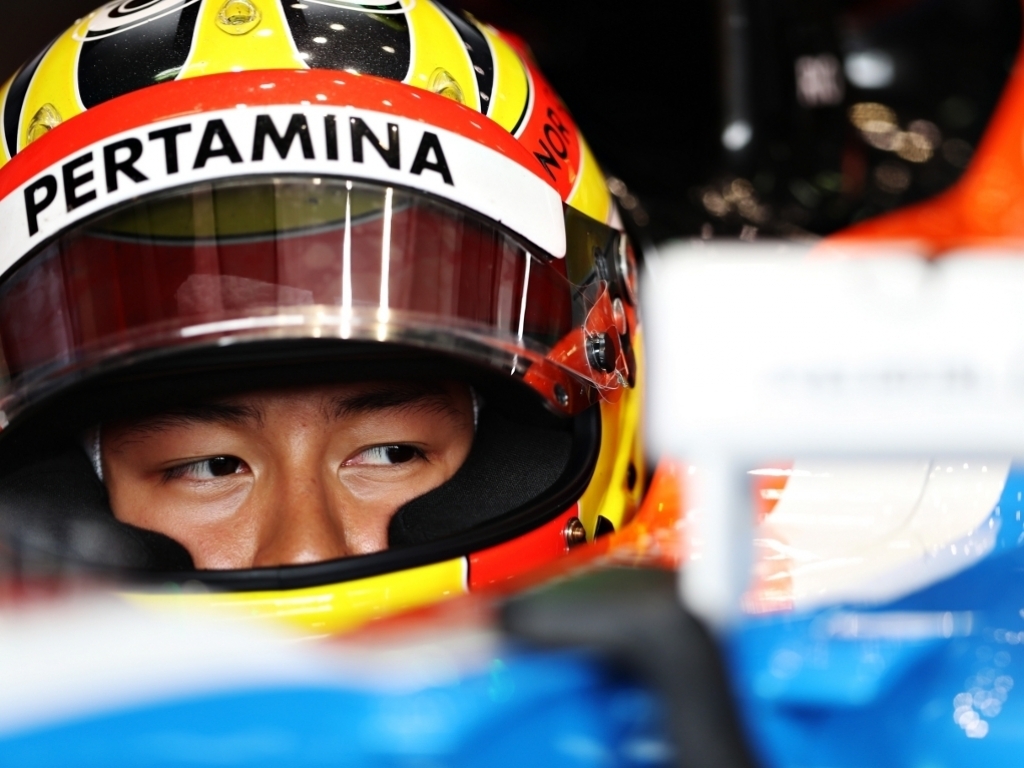 Rio Haryanto’s 20th place at the German Grand Prix on Sunday may be his last, but he believes that his performance “wasn’t too bad.”

With his funding from state-owned oil company Pertamina having run dry, the 23-year-old faces an uncertain future in Formula 1, with many not expecting to see Haryanto back in Manor colours when the F1 roadshow returns from its summer break.

Under this backdrop Haryanto would have been hoping for a race to remember, but instead saw his chances of a good finish take a hit when he damaged his front wing while trying to pass his Manor team-mate, Pascal Wehrlein.

Haryanto, who is the first-ever Indonesian Formula 1 driver, was glad that he was able to continue racing after coming in contact with Wehrlein, but the result still leaves him without any points at the halfway point of the season.

“Overall, the race wasn’t too bad for me. We were still fighting with Sauber, which is what we need to keep doing,” he said. “Early in the race, I saw an opportunity to pass my team-mate when the gap between us came right down. Unfortunately it didn’t work out and we ended up touching, so I damaged my front wing in the process.

“We kept going until my first pit stop and in the meantime I was able to keep in touch with Ericsson, just ahead between Pascal and me. We knew we had some damage, but we kept going until our first planned stop, then made the nose change at the same time.

“It takes a bit longer, so I lost some time, but after that I was catching back up to Ericsson and trading places with Nasr as our respective strategies played out. It was a good weekend for us and a nice result for the team at an important race for us.”

Haryanto has a contract with Manor for the full season, and the team have stated that they would like him to stay on, but it remains to be seen if he can hold on to his race seat.

“Not too much rest though; we’re busy working to ensure I continue into the second half of the season,” he said of his summer break. “But I do wish the rest of the team a good break because it has been a very long 12 races and everyone has worked incredibly hard. My thanks to them for a good job so far.”

Should Haryanto fail to find the necessary funding to remain in F1, it is believed that Manor will turn to their reserve driver, Indianapolis 500 winner Alexander Rossi, for the second half of the campaign.