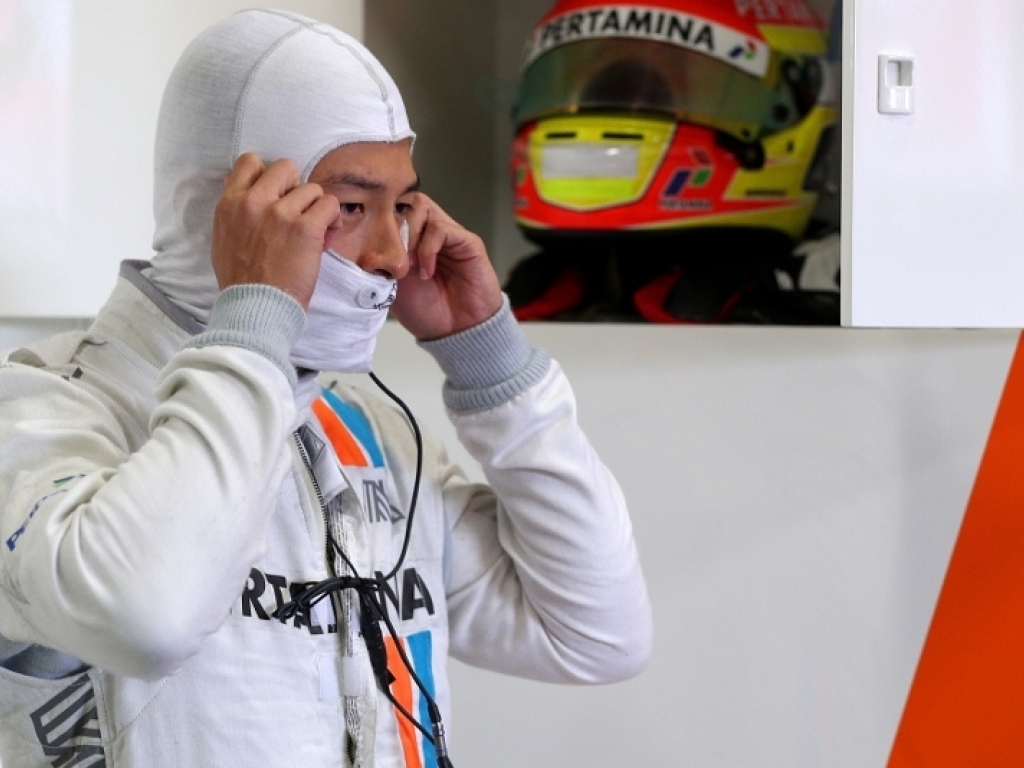 A second mistake in as many days cost Rio Haryanto valuable track-time as he crashed out of Thursday’s running in Spain.

The Indonesian rookie was in action on Day Four of the pre-season test, his second day behind the wheel of the MRT05, and had taken his lap count for the day up to 50.

However on lap 51 it all came to a crashing end.

He lost control of the Manor, slid off the track and into the barriers at Turn 4.

As he had damaged the MRT05 he was forced to sit out the remainder of the session.

“I was getting used to the car and finding the limits, so I went a little bit too hot into Turn 4,” he told GPUpdate.net.

“Unfortunately there was damage to the car, so we couldn’t finish the afternoon session.”

But while his afternoon may not have ended well, Haryanto put in a solid display in the hours before, posting a fastest lap time of 1:28.266.

He added: “It was a good morning session, where we were able to follow our run plan, and we did a lot of improvements. Hopefully I can still learn more at the next test.

“I’m getting more confident with the team, day-by-day/.

“I’m still here learning, and there are still two more test days next week for me, so I’ll try to do my best, to learn as well as I can before the first grand prix [in Australia].

“I’m here pushing very hard to get the maximum out of me and also the car… we saw today I made a mistake and I’ll have to learn from that and not repeat it next time.

“I’m still very new with the car, it’s just a matter of getting used to it.”