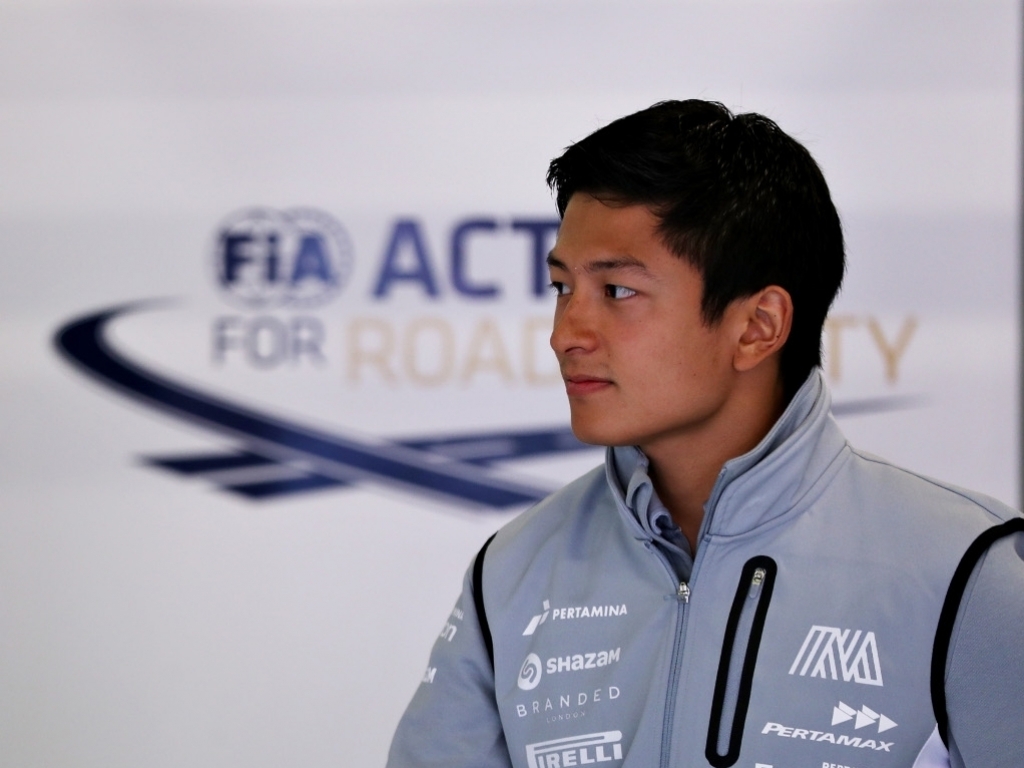 Rio Haryanto reckons going up against Pascal Wehrlein is a good measure of his progress as a Formula 1 driver.

This season Manor opted for an all-rookie driver line-up of Haryanto and Wehrlein.

But while the Indonesian driver entered the sport as a relative unknown who needed fundraising to secure his drive, Wehrlein is a Mercedes protégé who won the 2015 DTM Championship.

Haryanto, though, has held his own against his team-mate.

Apart from Wehrlein’s incredible P16 in Bahrain, the duo have been separated by just one position in the other four qualifying sessions.

Asked how he compares himself to the German, Haryanto told the official F1 website: “To be honest, we work very well together. Yes he is fast – and that pushes me.

“Outside the car we always share ideas, as we both want the best for the team. He is a cool team-mate.

“He is a future Mercedes driver, and when I am not far off his time – wow – that’s always fantastic for me.

“That is a good reference for me – not being slower than him.”

Told that there was ‘less than two-tenths between you’ in qualifying in Spain, Haryanto said that while that is good news, both Manor drivers would rather be higher up the grid.

He responded: “Really, that is nice to hear. But the times that we have are not really satisfying me. We try to improve at every race.”